“Why Are You Looking Back?” 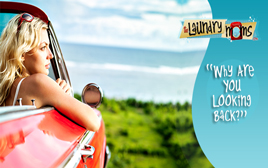 “Why Are You Looking Back?”

We’ve all made stupid mistakes, okay? All of us. We’re human. But, fortunately, we serve a merciful God who meets us right where we are. God doesn’t wait for us to clean up our life to make it fit for Him. He just jumps right in, smack dab in the middle of all the mess and mistakes. Think about it for minute–there is a reason Jesus Christ was born in a stable. We like to think of it as this idyllic little spot with pretty, fluffy lambs gathered around and the gentle soft mooing of a cow. Well, I spent a month working on a farm and it ain’t nothing like that. It stinks! It’s messy! It’s dark! There’s poop everywhere you look and flies all over the place.

And Jesus enters right in. Without judgement. Without condemnation.

Most of the time, it’s not fear of the future that holds us back, but guilt and regret over the past. 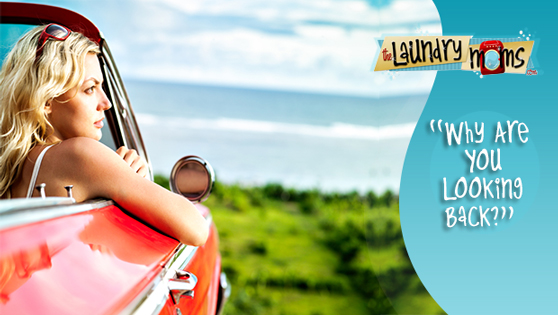 financial mistakes. I would look at those charts that say, “if you put $200 away in savings every month when you were twenty, you would be a multi-bajillionaire by now.” Okay, well, let me just kick myself in the bee-hind a few more times and maybe I’ll feel better about my past! But, here’s the truth–punishment doesn’t make it better. Regret doesn’t heal. The only thing that works is leaving the past in the past and moving forward.

Before God could do a mighty work in Abraham’s life, He had to pull him out of the mess he was already in. First, God told Abraham to “Go!” That’s pretty straight forward, isn’t it? It wasn’t so important that Abraham knew where he was going. It was more important that he just get up and GO! Sometimes, we need to do that same thing. Quit dwelling in our mess and just get up and make progress. Our progress doesn’t have to be perfect. It doesn’t even have to be aimed right. We just have to move on from where we are.

Then God had to make another point. Abraham found himself in a real unfair situation. He had built a prosperous business and his nephew, who worked with him, basically took it all out from underneath him. He could have been mad. He could have tried to get even. But God had him do something else. God told Abraham to “look up from where you are” and promised him that he would have all the land he could see and be even more prosperous than he was before. Many people today have been “done wrong” in one way or another. Maybe it was a bad upbringing. Maybe your husband walked out on you. Maybe your joy, your money, your childhood was stolen somehow. God is telling you to “look up from where you are.” If you dwell on the wrong that has been done to you, you’ll never move on to the prosperity that God has in store for you. God is your vindicator. He is your justice. Trust Him with it and move on to somehting greater.

And finally, Abraham was bummed out. It seemed like God had forgotten about him. Abraham was sure that he had received a promise from God, but in the natural world, nothing was happening–NOTHING! He thought “I am going on from this world childless.” There are times when we can look back on our dreams and get filled with remorse as if they have died. NO! God gave you those dreams for a purpose. God had to “bring him outside his tent into the starlight” so that Abraham could once again get filled with that hope again. Maybe you hoped for a castle, but you just have a tent. Maybe you hoped for a Romeo but you’ve got a Homer Simpson. Quit dwelling in your tent! Quit looking around at where you are and look up to God! Get filled with hope again. Breathe life into that dream God gave you.

God is our Restorer. He will restore lost time, lost opportunities, and even lost dreams. But He cannot and will not until you look up from where you are and trust that He has the power and the resources to move you on to new levels that are greater and more wonderful than you can even imagine right now. But you can’t move on to the tomorrow that God has in store for you if you are stuck in the yesterday that you can’t put to rest.

Mama, it’s time to quit looking back and quit dwelling where you are. God is moving you onward and upward. And I declare that every dream and desire He has placed in you will come to pass in Jesus’ name when you stay in faith!