Menu
Health
When You Fall Short 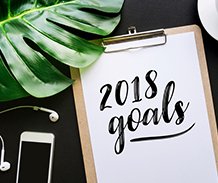 When You Fall Short

Who else likes to set monthly goals for their weight? Okay, I wouldn’t necessarily say I like to do it, but I set monthly goals because it keeps me on track. I like to set small attainable goals like a couple of pounds per month or if I’m really close to going down into another weight number (like 190’s to 180’s) then I’ll set a goal to get down into those new weight numbers. But what happens when you set a goal and don’t reach it?

What happens when it’s close but no cigar?

You need to look back on what you DID accomplish during that month. For July I had the goal to get down into a new weight number. Halfway through the month, I was less than half a pound away from that goal so I was excited! As the month progressed and camping trips and road trips happened, my weight went up a couple of pounds but I was still well within reach of my set goal. A few days before the end of the month, I was back to within a half pound of my goal! I stayed there for the 26th, 27th, 28th, 29th, and 30th. I was getting a little frustrated, I mean come on! On the 31st I woke up and I was the same. Thankfully I immediately realized that in the past going off plan was an automatic 5lb gain that would take weeks and weeks to get off. Now I had gone off plan for two weekends in a row and jumped right back down to where I was. That’s a huge accomplishment!!

Also, it does sometimes take a while to get past that barrier (almost like your body is seeing if you’re really sure you want to be at that lower weight). I have found it can take my body a good week to go down into that lower weight class and then it seems to fall off easily again.

It is so important to celebrate the things you DID accomplish instead of feeling like a failure for coming up just short. I am a lot closer to goal weight than I was a few months ago and that is worth celebrating! I just moved my goal from July to August and maybe I’ll make a mid-month goal to carry me through the rest of the month. Make sure the goals you set are achievable because it’s discouraging to set a goal that’s too high and not even come close. Some progress is better than none though so remember to celebrate your victories. When you do that, you’ll keep getting more.

Want to learn more about this healthy lifestyle and supporting your body naturally? We have live classes on Facebook every Tuesday night. We’d love to see you there! Join our class group here.