When Glory Was Displayed In The Disgrace

When Glory Was Displayed In The Disgrace

Once upon a time, a young girl named Mary found favor in the eyes of God. And, on the brink of one of history’s greatest leaps of faith, this girl said simply: “Behold, I am the servant of the Lord; let it be to me according to your word.” (Luke 1:38)

Mary thus entered into the plan of God with a bowed head, willing to carry within her the presence of God in order to birth His glory into flesh.

Yet, in Matthew’s gospel, we get a wider picture of the drama surrounding Mary – when she was found to be pregnant and unmarried. In these words, we start to understand the cost of Mary’s surrender. We begin to see the human heart exposed in the midst of divine work.

“And her husband, Joseph, being a just man and unwilling to put her to shame, resolved to divorce her quietly.” (Matthew 1:19)

Shame. Disgrace. Maybe even a touch of scandal. An unmarried girl, suddenly pregnant. What did people think? Did they jump to conclusions, whisper about her, share their disapproval?

And we’re left to wonder… 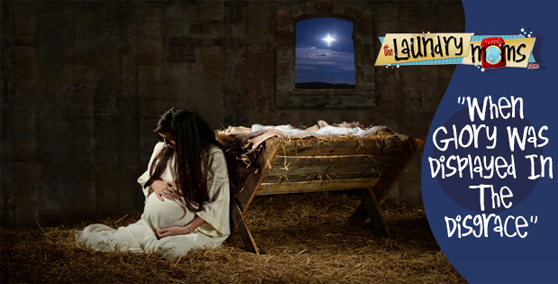 why would a holy, perfectly pure God choose to use this scarlet thread of disgrace while weaving His eternal plan?

“Behold, the virgin shall conceive and bear a son, and shall call his name Immanuel.” Isaiah 7:14

Prophecy declared it, yes, but certainly God Almighty could have engaged a staggering variety of means, outside of such a publicly disgraceful situation, to accomplish it. Truth is, I think we are all left a bit shaky at this unfolding – broken pieces of moral standards and religiosity falling from our open hands.

But, God, our God, this Almighty and Great I Am, is not tainted or threatened by public opinions, not even well-intended religious ones.

The shadows of negative perception, even when inevitably mixed right in with God’s holy deeds, do not in any way corrupt that which God has ordained.

And right there, in the messiest of situations where tongues were wagging, God displayed His glory in the disgraced. And, aren’t we thankful.

He redeems it all. He triumphs over any hint of dishonor.

Have you been there? Have you felt the pressure of what people must be thinking, all the while knowing there is an explanation and even justification – but unable to make it known or understood? God’s there.

We can rest knowing that the holiness of God and the purity of His plans won’t be compromised, only magnified.

And so, the birth of Jesus wasn’t surrounded by nicely-kept religious standards. It may not have been honorable in the eyes of society. But, hallelujah – God magnifies His unsearchable ways and His absolute sovereign hand as He produces life and purity and honor from the most remarkably disgraced situations.

Then this baby, Jesus? He grew up, declared Himself a King, and was mocked publicly for it. Humiliated, beaten, spit upon. He became the very picture of a man publicly dishonored and de-throned.

Jesus absorbed shame so fully, so completely, it bled crimson out His side – shame before people as well as eternal, condemning shame before a righteous God on behalf of humanity, of you and of me.

Then, in the messiest of situations where tongues were wagging, Jesus rose victorious over it all.

“There is therefore now no condemnation for those who are in Christ Jesus.” Romans 8:1

The scarlet thread woven into this Christmas story ends within an empty tomb. Glory has won out, a victory that covers all who surrender their lives to the Lordship of this baby, this King Jesus. God’s truth is this:

“For it stands in Scripture: ‘Behold, I am laying in Zion a stone, a cornerstone chosen and precious, and whoever believes in him will not be put to shame.’ So the honor is for you who believe, but for those who do not believe, ‘The stone that the builders rejected has become the cornerstone,’ and ‘A stone of stumbling, and a rock of offense.’” 1 Peter 2:6-8 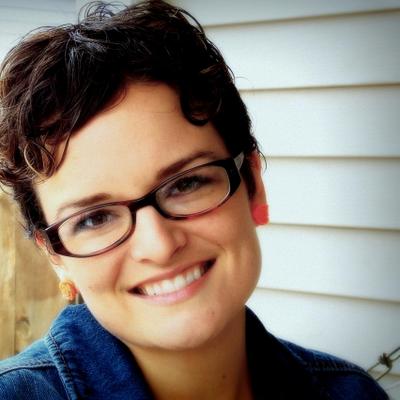