What Model Are You Setting

Gary is a deer hunter, and through hunting God taught him how the Kingdom operates and how faith can help us receive what we need. Gary doesn’t hunt deer; he “receives” them every season. When Tim was nine years old, he came to Gary two days before deer season and asked Gary to take him hunting. When Gary asked him why he thought he’d get a deer, Tim said, “Oh, that’s easy. I’ll do it like you do, Dad. I’ll do it by faith.” Gary wasn’t sure about taking him out, so Tim bargained that if he could hit a milk jug from ten yards, Gary would take him out. Tim was so small that when he held up the gun, it was nearly bigger than he was! He shot all around the milk jug and missed it by yards. Gary told Tim he couldn’t go.
That night Tim ran up to Gary and tugged on his shirt. “I have an idea, Dad,” he said. “I want to try shooting the gun on my other shoulder. I think I can aim it that way.”
This time, at ten yards… 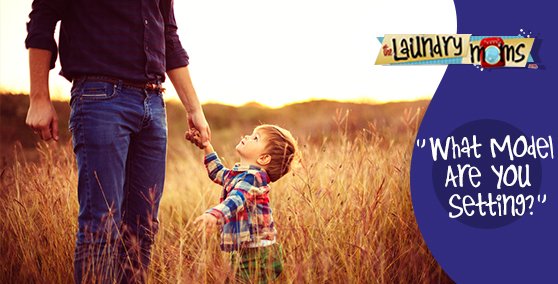 …he hit it. Gary agreed to take him out that Monday morning, but Tim was only allowed to shoot a deer if it came within ten yards. Sunday morning before church, Tim came out of his room with a dollar bill in his hand. He told Gary, “Dad, I have to sow my seed at church, and then I’m going to get my deer just like you do.” My heart melted. It was a proud moment to watch my little boy copy what he had seen his father do many times before, honoring God with his faith and finances.
We agreed with him and sowed his seed in the offering. Gary spent that night showing Tim pictures of deer and where to shoot them. Gary and Tim went out hunting Monday morning. Gary was nervous. Here was our nine-year-old who had seen the Kingdom work in our lives, and we wanted him to have the same experience. Gary wanted Tim to get a deer more than he wanted one for himself, because Tim’s understanding of the laws of the Kingdom were being formed right there. Gary helped Tim get in the tree stand. Gary stood on the platform and had Tim sit right between his legs. Gary told Tim he’d tap him with his foot if there was a shot Tim could take; otherwise he wasn’t supposed to shoot.
Forty-five minutes went by. Gary didn’t see anything, but suddenly there was the sound of a stick snapping. Gary looked down, and right below them was a seven-point buck standing at the base of their tree . . . ten yards from Tim! Gary tapped Tim, who raised his gun as the deer began to walk out, but Tim didn’t shoot. Gary thought Tim was too nervous, but then he realized that Tim was struggling to get the safety off . The deer wandered another ten yards farther. Gary heard a click, the gun fired, and the deer dropped instantly. Tim and Gary came running into the house shouting and cheering. Tim got his picture with his deer in the local sports magazine, and he was thrilled. Because that was Tim’s first deer, and he received it by faith, we paid to have the head mounted and hung it on his bedroom wall.
Tim got a wood burning set that Christmas, and one day Faith Works Every Time. Gary noticed Tim making something. He asked Tim to see it. Tim was finishing the last letter on a plaque he was going to hang right under his deer head.
It said: Faith Works Every Time
Excerpt From The Book ” The New Vintage Family” By Drenda Keesee
Listen in Now to Faith Life Church!