What Do You Need To Succeed With THM?

What Do You Need To Succeed With THM?

Last week’s article was a little heavy so I’m going to lighten it up a bit this week. In the article I discussed the need to face the possibility that THM may not be for everyone. I also talked about some of the things that will not get you success on THM. This week I want to talk about the things that WILL get you success. Some of them may seem like common sense but when you’re in the middle of the kitchen about to chuck that failed recipe at or out of the window, common sense has left the building. While I can’t guarantee you success on the Trim Healthy Mama plan, here are a few things that will help you to understand the plan… 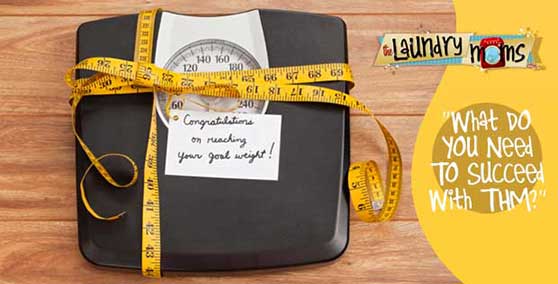 The first thing that you’ll need to do is actually read the book. Now I know that some of you are snickering right now but I’m serious. You can’t expect to become a surgeon without having gone to medical school and then specialized in the type of surgery you’ll be doing. At the same time, you can’t expect to understand the plan without having read it first. And then likely re-read it at least once or twice. It’s complicated at first! This is changing the way you’ve thought about food for likely your entire life. You can’t just skim through that knowledge and expect to see results.

The next thing that you will need in order to see success with THM is patience. You’re going to mess up okay? Let’s just get that out there. You’re going to waste expensive ingredients at least once. You’re going to have to re-read those chapters to fully understand when to have an S or an E meal and you’ll likely make a few accidental crossovers here and there. It happens to us all. If you don’t have the patience to handle it then it’s going to make you really really angry and then you’re going to quit. I hope you don’t because when the plan clicks for you it will always make sense and you’ll wonder how you were ever confused. I promise.

The last thing you need in order to succeed is grace. Grace for yourself, grace for the other group members, grace for the friends and family who turn their nose up at your okra brownies, etc. This is a journey and if you don’t have grace and forgiveness for yourself and those around you then you may actually implode from sheer frustration.

Anyone can learn this plan but for some it will take much longer than for others. I was one of the latter which is why I can share this with you so confidently. You will get the plan and see results with it if you read the book, have patience and grace, and if you actually stick to it. That’s actually the last thing you need. Dedication. Give yourself more than a week to lose the 50lbs you’ve put on over the last 5-10 years. It’ll come, don’t give up on yourself!