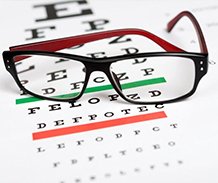 Watch and See
by Hannah Keeley

We had woken up early that morning to pray over our children who were going to youth camp. We declared Psalm 91 over them, that no weapon formed against them would prosper, that they would be surrounded in God’s favor like a shield, and the angels would stand guard around them.

We continued the day just like any other day. The kids were on their way to camp, we were doing some cleaning up around the house.

That afternoon was when the phone call came…

“Karis was in a tubing accident and hurt his head. The emergency team is here and they are taking him to the hospital…”

I don’t really know what the rest of the day was like. It was a blur of throwing things in a suitcase and making the 7-hour drive to Georgia. On the way there, I texted several of my closest friends who fully understood God’s healing power and told them to stand with us in faith for full healing. I also put in a call to our prayer network. I knew how critical it was at that point to only have absolute faith surround this situation.

I knew that Jesus was bruised for our iniquity and wounded for our transgressions. Karis had been wounded and bruised. Now it was time to stand in the healing that Jesus had offered up for us on the cross.

We finally arrived at the hospital and walked into a room at the trauma center to see my 18-year-old son, looking so small and isolated in that hospital bed.

We were told that he had received three fractures to his skull which left him with a concussion and violent seizures. He was stable because of one thing–the fractures.

They had actually saved his brain from being damaged permanently because it allowed room for his brain to swell and fluids to escape. Fractures saved him. Brokenness made him whole. It sounded to me like God was already at work.

There we were, camping out in ICU with our youth pastor, resting in the knowledge that we serve a RISEN GOD who had already conquered fear and death, and comforted by the fact that we were and will always be children of the MOST HIGH GOD who surrounds us with favor like a shield, even when at first glance, we can’t see it very clearly.

I had seen healing before. But what I would witness over those next few days left me astounded.

I figured if we were going to be in ICU for awhile, I may as well operate on the law of love and start praying for healing over the entire floor.

Fast-forward twenty-four hours later; and Karis was up and walking around. The nurses were astounded!

“Can you help me?” She asked. “My patient wants to get up and walk around. I don’t know what to do.”

Karis and I were laughing to ourselves. Revival was happening–right there in ICU!

Just then, I saw another patient in the ICU trauma unit walking down the hall with a third nurse by his side.

“What’s going on here?” the first nurse said. “Everyone wants to get up and walk around!”

It was nothing short of supernatural. No one could explain it. Fractures to his skull, seizures, bleeding, ICU…

And twenty-four hours later, healing, revival, an outpouring of God’s grace. Favor so thick on that ICU floor you could float away on it!

That same day, They discharged us out of the trauma unit and put us in a recovery room. Karis, leading the way, PUSHING the wheelchair that he was supposed to be sitting in!

One of the men there said, “I’ve been here three years and I’ve never seen anything like this.” The nurse who was assigned to him said, “I don’t even know what I’m supposed to do with him. This is ridiculous.” I even caught her on video saying it, but out of courtesy to her requests to not post it (so she wouldn’t get fired), I’m leaving that out.

When the three of us WALKED into his recovery room, there was a team of nurses and staff members waiting to help this “boy with severe head injuries” into his room. They all stood here with heir jaws dropped, saying, “Where’s the patient?”

Karis refused to get in his hospital bed!  And for extra swag (and also because of the damage to his left eye) he was even sporting a cool pair of shades!

I know some people will say it’s luck, or good fortune, or weird spontaneous healing.

But this is the way God works. He always has. He always will. His desire is to see His children healed, whole, prosperous, and living abundant lives.

Karis’s healing didn’t happen in two days. It happened two thousand years ago when Jesus was wounded for our transgressions and bruised for our iniquity. He bore the hurt, the pain, the injury. And we live in the victory that Jesus died for us to have!

Our only true labor is to “labor to enter into His rest.” Rest is the sure sign of faith; and we were fully resting in God’s covenant of healing.

We were fully discharged from the hospital the very next morning with clear instructions to visit the neurologist the next day.

It was an early morning appointment, and we strolled in just like we were going to get a cleaning at the dentist. ‘Nothing big,’ I thought. ‘We got this!’

It was a struggle for Karis to open his eye for the exam. He had been suffering from double vision ever since the accident. But when he did, the doctor began giving his report.

“There is a definite drag on that left eye. They’re not syncing up. I’m thinking it’s nerve damage, probably paralysis. He needs to see an ophthalmologist right away.”

My head started swimming. I could see clearly that his eyes were not syncing up. But nerve damage? Paralysis?

No,’ I thought. ‘God wouldn’t bring him this far and not complete what He started.’ My stomach was in knots and I felt the sting of hot tears as they dripped down my cheeks.

Before I knew it, I was at the front desk, getting directions to the ophthalmologist. He had been called ahead and was ready to handle this “emergency visit.”

That was when I felt my phone go off in my back pocket. I pulled it out and looked through the blur of tears to see who was calling. It was my good friend, John, one of the staff members over at Kenneth Copeland Ministries.

I couldn’t take the call, but I texted him immediately. Just like before, I knew faith was critical.

In minutes, we were in the car and had his team on speaker phone praying over Karis. One thing John said kept repeating in my head over and over.

I held on to that while we were waiting to see the next doctor. Before I knew it, he was sitting in the dimly-lit exam room getting a preliminary exam done on his eye.

Another excruciating waiting period as they examined the CT scans.

Being ushered in to the second exam.

As I sat there in the corner, feeling so tired, so weak. I couldn’t remember anything. My mind was blank. My thoughts were scattered. I didn’t know four days could last so long. Sometimes we have giant faith. Then other times, the smallness starts to creep in. The brightness dims a bit. Demons start taunting you. And you feel lost. God loves us when we’re giants. He loves us when we’re tiny and small. And when we can’t muster the faith, sometimes He steps in and stokes those smoldering embers and builds our faith for us.

“God, show me what to do. Tell me what to think. Give me the word I need to stand on.”

That was when I heard Him so clearly speak to me:

I sat there, watching Karis struggle to open his eye for the exam. That was when the remarkable happened.

Karis started blinking his eyes and looking left to right. As I watched his eyes move, I saw them come into complete unison, syncing up perfectly together. No drag. No pull. Nothing. Two eyes working together perfectly. Love filling in every gap.

“Everything’s coming into focus,” he said.

My heart jumped inside my chest. “What?” I asked.

The doctor continued to examine his dilated eye.

“I’m not seeing any damage to his optical nerve, and his retina looks fine,” he said. “I think this is something that is just going to work itself out.”

Yeah. It did. Two thousand years ago, when Jesus was bruised for our iniquities and wounded for our transgressions.