Use Crossovers Instead of Cheating

I’ve been leading a THM accountability group since January 1st with weekly weigh ins and lots of group participation. I absolutely love it! The first week I lost 8 & ½ lbs and I thought it would help the group to post what I ate all week. A lot of the ladies were shocked that I lost that much weight because I ate quite a few crossovers.

This is what I told them… 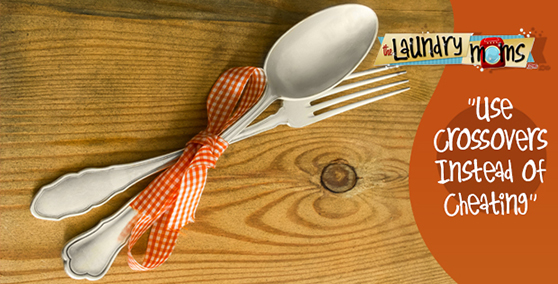 I eat crossovers when I want to cheat. When I’m tempted to go buy a bag of chips, I have a bowl of buttery popcorn instead. When I want to scarf down a poutine, I make my own with sweet potatoes instead. When I want something sweet, I make a crossover apple crisp. The first week for me is always pretty bad in terms of wanting off plan food but when I make a commitment to stay on plan – I do it. Crossovers are the perfect way to remind yourself that you are NOT deprived on THM. A crossover is totally on plan and far better than that bag of chips or candy that you would’ve eaten otherwise. I don’t have crossovers everyday (other than that first week) but I do have at least one per week and I usually reserve it for the weekend. A Friday night crossover pizza is delightful. A yummy crossover dessert makes me feel like I’m cheating but I know that I’m not. It’s the way that I stayed on plan for 13 months without a single cheat. It doesn’t set me back and even if it did I would still do it because it is FAR better than the alternative. Some people even use a well placed crossover to get out of a stall.

Just like in the book when the sisters tell you to repeat the phrase that butter is not bad for you, repeat after me now. “A crossover is not off plan, a crossover is not off plan.” Yes, you should probably not eat them all that often if you have weight to lose, however, if it’s between that and going completely off plan and having to go through that detoxing headache all over again and potentially sliding right back into old habits, I’d pick the crossover.

8 comments on “Use Crossovers Instead of Cheating”