Track Before You Pack on the Pounds 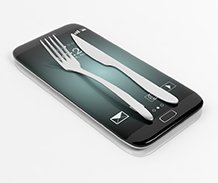 Track Before You Pack on the Pounds

I learned a valuable lesson last week after getting my yummy keto goodies in the mail. First, I did my best not to gobble everything up in two days. I’m happy to report I was successful in this endeavour and still have many treats in the pantry. #winning

Second, I decided that if I was going to see why I’ve been gaining instead of losing then I’d have to do one simple thing. It’s something that I’ll admit I often get lazy about even though it’s the EASIEST way to lose weight. I convince myself that I know what I’m doing and I don’t need to do that other step anymore. Y’all, this is unwise.

From August to November this year has been absolutely nutty for me and my family. We decided to put our house up for sale in August and did about 6 months worth of work on our house in about 5 weeks. It. Was. Nuts. I drank an XL coffee after 9 pm more than once just to make sure I could stay up until 2 am to paint. We sold the house in September and then had about 6 weeks to move.

In that time my youngest got pneumonia and was hospitalized for four days. When we finally got home and settled again we barely had enough time to pack the rest of our stuff up before the closing date. Then we moved to my mama’s basement for a week and a half. And THEN we moved into a beautiful country home that we are completely in love with.

My eating in those months was atrocious. Some days I didn’t eat at all, and some days I ate everything in sight. My scale was packed in August so I only just got back on it last week. Yikes guys, yikes. 16lbs gained from June to November. Lord have mercy!

All that to say, last week I got myself back on track and did the most important and effective thing I knew to do when starting over. I tracked every single thing that went into my mouth using my very handy (and free!) Carb Manager app. I am a little embarrassed to admit that I was mistaken on several things I had been eating on the regular. I’ll go into that more next week but I will say that in just 4 days I lost 5 & 1/2lbs just tweaking a couple of things and tracking all of my meals and snacks.

The problem is that in those few short months that I gained weight, I didn’t work on myself at all. I didn’t do any emotional work, I didn’t watch what I ate, I just survived instead of being proactive and those 16lbs were evidence of that.

It feels GREAT to be back on track and knowing that I’ll be so much closer to goal weight before New Year’s even gets here. Download the app yourself and see how easy it is to stay on track!

P.S. If you need help to figure out why you are struggling with the weight, what plan will work for you, or why you emotionally eat, then I strongly urge you to check out the LIVE mini-series-“Release the Weight from the Inside Out” click the link to join the Facebook Pop-Up group!  It could be the change you’ve been searching for!

P.P.S. As always I’d love to hear from you so if you have any questions or comments please comment below or email me at Meggan@thelaundrymoms.com