A text came through as I was right in the middle of dinner. Kyler was performing with a band at a local university because they were short a guitar player and he was available. He had jumped at the opportunity, and was now performing in front of hundreds of college kids.

The text said, “My butt is getting kicked right now…I feel like such a beginner.”

I smiled when I read it, because I knew that he was in the right place at the right time. The worst place we can be is where we’re just comfortable, and not striving to become better. Kyler had been in that place for a while. He is an incredible guitar player. It comes so easy for him. He plays in several bands and can rock it like crazy!

But, he was was getting his butt kicked. What a great place to be! Why? For two reasons: 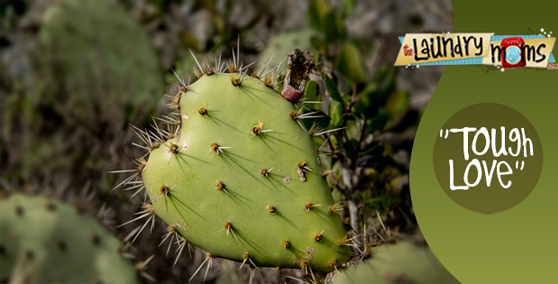 One, butt kickings PUSH you.

When you get comfortable where you are, you need something to come along and give you a push out of it. Performing at a level where people expect more of you does exactly that. It pushes you to rise above and give it all you’ve got. It’s kind of like that time after I had my first baby, when I volunteered to take care of a friend’s newborn. There I was, all day long with two newborns. I thought I was going crazy! I felt like I was competing for a gold medal or something! It was pushing me to achieve levels of performance as a mom that I didn’t even know I was capable of! After that day, I didn’t complain about caring for my one newborn anymore because I realized that I could do so much more. Butt kickings are hard, but they push you to find out what you’re made of. And that’s good. Very good.

If you are the most accomplished person in your social group, it’s time to move up, Mama! Being around people who are more accomplished and more successful than you inspires you to achieve more. When you are getting your butt kicked by the people around you who are succeeding in life, it puts steam in your engine to do more and be more. These are the kinds of people you need to hang around, not the people who make you feel comfortable at your level of accomplishment, but the people who inspire you to achieve more. That’s what was happening with Kyler. He was used to playing with people who were at the same level he was. Now, he was playing with professional recording artists and getting his butt kicked in a very good way. A year of musical training won’t accomplish nearly as much as a good old-fashioned butt kicking from people who are performing at the level where you aspire to be.

Don’t push away the challenges. Accept them. Be grateful for them. Learn from them. Let them push and pull you to become more. God did not put you here to just get by. He put you here to make a difference. And sometimes a good, old butt kicking is the only thing that can get it out of you!

Is there an area in life where you feel like you’re getting your butt kicked?