This is My Confession

This is My Confession

I have a confession to make. It’s not the first time, and it won’t be the last because hey I’m human. I was 100% on plan for 13 months and lost 60lbs and then over the summer we went to a cottage for a week and I got a little cocky. I thought that I could handle a little sugar and a little junk food. I’d been good for so long! Surely I could handle a week “off”.

For the next six months I… 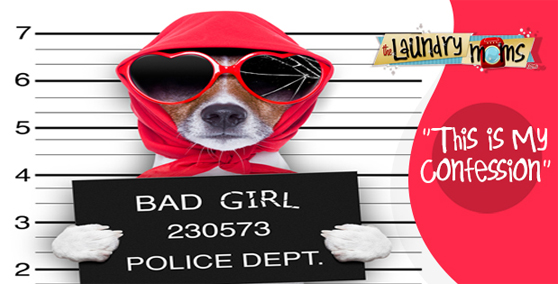 …battled with myself to get back on plan but sugar was like a sweet siren’s song calling me to taste just a little. I gained back 40 of the 60lbs I had gotten rid of. I lost sight of what I wanted. I forgot that I had the power to conquer my battle with sugar through Christ. It was depressing and it was raw. I knew I had to do something and fast or I was going to gain back that last 20lbs and then some! So here’s what I did, but I warn you, it’s not pretty…

I told myself that on January 1st I was making a brand new commitment to THM. I was going to stop trying to keep my count going from 13 months 100% on plan. I messed up, I blew it, and that’s okay. So on New Year’s Eve we had an amazing fondue party with close friends and afterwards we had dessert. It was served a few minutes before midnight and I took full advantage. Much to the delight of my guests I stuffed my face full of that frozen toblerone cake right up until 12. Literally as everyone else counted down to the New Year I was frantically shoving as much as I could into my mouth. I’m sure it wasn’t a pretty sight but I knew that once I recommitted to THM that would be that. When the clock struck 12 I was done. I haven’t had a single thing off plan since and I’ve lost 8 & ½ lbs in a week. I started an accountability group to help me and everyone in it get to our goal weight in 2016.

This is not something I’m happy about sharing with you, but my hope is that it will make me more relatable and maybe give you some hope if you’re one who has done what I did and gained weight back after losing it. Nobody’s perfect and I am super far from it. Yeah I fell on my face into a big vat of self-indulgence and lack of accountability but I got back up. That’s the important thing. This extra weight isn’t depressing since I know I’m doing something about it. And there’s no easier way to get to my goal than to do it by eating the Trim Healthy Mama way. So here’s to getting back up, dusting ourselves off, and reaching our goals in 2016!