The Stubborn Loser & The Menu Fuss

If you’ve been on Facebook for the last week or so there has been a lot of (dare I say) drama on the boards about the stubborn loser menu hidden within the paid membership of the new Trim Healthy Mama membership site. It’s a gem of a menu, it really is, but you need to be a paid member to access it and that has some mamas fuming. Of course after purchasing the book(s), specialty items you’ve never heard of, paying more for healthy food in general, it can seem a bit much to then have to pay for a specialty menu that’s getting stalled mamas a lot of results. In fact, most people who use it for a week are losing a good 5lbs right away after having been stalled for many months! 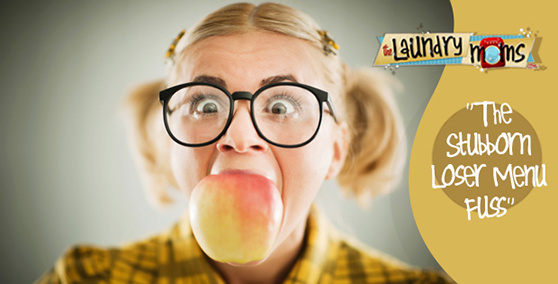 The menu isn’t new. In fact, it uses knowledge you should already have if you’ve read the book. The biggest thing I saw while looking at it was that it really takes you back to the basics before all the fancy pants recipes that we’re now used to. It’s the original plan, very simply laid out in a menu for you. Deep S or E for most meals with FPs thrown in and most snacks being made up of FPs – but the original FPs like the puddings and tummy tucking ice cream, not the borderline ones like a full cup of greek yogurt with a full cup of berries. No heavy S meals, very limited dairy etc. I can see clearly why it works after a stall and that is simply because as human beings we tend to overcomplicate things. We think of all of these really cool ways to make old favourites on plan, use way too much cream cheese in most of them, and end up eating a majority of heavy S meals because we got bored of all of the original recipes. The thing is though, the original recipes were what originally lost us the weight right? We were enamored with how simple this plan was and how easily we were losing weight by eating a yummy salad topped with chicken and drizzled with an olive oil and vinegar dressing and eating some pudding made with 3 ingredients. We traded simplicity for extraordinary recipes that were much more difficult to make but presented so well to our friends and family who weren’t on plan. What we were really telling our friends and family though was that this plan was challenging, took a bazillion ingredients, and about 40 hours/week in the kitchen. Sure, you can do it that way. But there is a much simpler way too and that’s actually how the plan started.