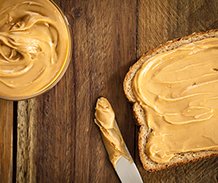 How would you describe your parents’ marriage? Were they head over heels for each other? Did you have a terrible role model from their marriage or other marriages in your family that was characterized by joy, laughter, and delight? I hope this was true for you. In my own upbringing, it was not. So when I thought about what I wanted in my marriage, I had a long list of what I did not want.

However, I soon learned that making a list of what you do not want your marriage to become is not an effective way to move toward having the marriage of your dreams.

Steve’s mother loved cooking, cleaning, and serving her family. Her own mother had died when she was only eleven, so her greatest joy was that God had allowed her to live long enough to care for her children into adulthood. She flittered around humming hymns as she joyfully worked around the house. And if there was no work in the house, she would go outside to do yard work. You can imagine how overwhelmed I became when I realized Steve had similar expectations for the kind of wife I would be.

How did you come up with the ideals for your “dream marriage”? After the wedding, were you surprised to discover that many of your expectations for your marriage didn’t come true? Did you assume the fun and carefree experiences you enjoyed while you were dating would continue into married life? I did.

While life cannot always be one fun experience after another, you can definitely have a truly satisfying marriage with a love that grows deeper as time goes on. Key to making this happen is breaking free of the common myths wives believe—myths that make us look for marital happiness in all the wrong places.

It wasn’t the peanut butter toast that bothered me, but the crumbs that were left behind every time Steve made this concoction. I have this unexplainable abhorrence to finding crumbs on my kitchen counter and floor. Mind you, I am not a spotless housekeeper, but the left- behind crumbs seemed to send me the message that Steve didn’t care how hard I worked to keep up the house. Although I didn’t mention it to Steve, each time he left crumbs behind I felt insulted and betrayed.

Thinking he was saving me the trouble of washing a plate, Steve would invariably make his toast directly on the countertop—the countertop! It would leave so many crumbs it was almost unbearable to me.

For the first few months of our marriage, I just quietly wiped up the crumbs while uttering little manipulative—okay, maybe even passive aggressive—comments about how much I despised crumbs. en one day I walked into the kitchen and found the countertop covered in crumbs. I must have gasped audibly because Steve came running into the kitchen to see what was the matter.

I burst into tears and explained to Steve how his leaving crumbs behind made me feel like he didn’t respect all the work I did to keep the house nice. The poor guy—he just stood there stunned that I would rant so much over peanut butter toast and crumbs. And he wondered why I would feel so betrayed by something as simple as the fact that he left a few crumbs on the kitchen counter once in a while.

This story sounds funny now, but when we were first married, the crumb dilemma truly devastated me. Maybe you can relate…

Stay tuned for the continuation of this article entitled:

The Danger of Unrealistic Expectations

Rhonda Stoppe, the No Regrets Woman, has mentored women for more than two decades. Steve Stoppe has pastored First Baptist Church, Patterson, California, for 19. After 37 years of marriage, they’re still head-over-heels and ready to share their secrets to building a no-regrets marriage. They’ve appeared on Focus on the Family and together write books, speak at marriage conferences and rescue troubled ministry marriages at their ranch in Northern California. They have four happily married children and ten grandchildren. To invite Steve & Rhonda to speak at your next event, and for more resources & videos, follow their social media links and connect with the Stoppe’s at NoRegretsWoman.com.