Menu
Family
The Habit of Obedience 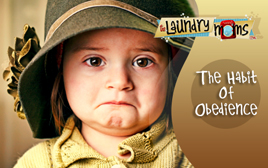 Since the beginning of the month I’ve been meditating on this word habit– and realize that even the notion of habit can seem lofty to me!  My busy mind threatens to trip me up into one of two ditches:

either becoming completely overwhelmed at the thought of consistently implementing anything new for 6-8 weeks,

or tightening up the reigns, becoming overly ambitious, scrapping advice and introducing all sorts of new habits at once!

And in that process, one of the worst habits of all threatens to rear its head: scrapping the plan altogether and just hoping for the best.  Hanging out in indecision, or changing up the game plan, yet again!

No,  I am convinced there is the middle road where a habit can gently become our own, by simply being consistent. 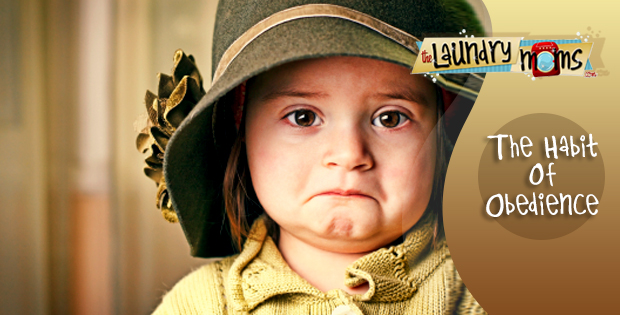 Now, before you think I am some militant mom who loves to crack the whip and have every duck in a row with no fuss-no muss, and thinks that all kids should be seen and not heard: let me be honest with you.  The word obedience makes me cringe a little, but I have learned the hard way that it is worth fighting for.

I have some rebellious roots in my heart that the Lord has been exposing.  No, I never really outwardly rebelled, but as a young person with a lot of personal freedom, I developed the habit of questioning everything.  Yes, wisdom and discernment is important, but the habit of automatically questioning authority and teaching is a habit I don’t feel has served me well.  And one I hope to spare my kids of.

There are the obvious natural consequences of choosing to disobey, and I am a firm believer of letting kids experience those consequences as they make choices in life.  More what I am talking about is the subtle sense of entitlement & (ahem), pride that shows up with the when I respond to my husband’s reasonable request to, say,

“Let’s get to church on time” with,

“OK, but I just need to clean up the kitchen first.”  (And then not getting to church on time.)

Or if one of my kids responds to,

“It’s time to pack up the Lego now” with

Or bursting into tears even after fair warning has been given.

Nowadays, I feel like the natural consequences of disobedience usually looks like mental exhaustion, from over-thinking every possible scenario.  Or feeling the pain of a frustrated family because I have chosen to take my own path on a Sunday morning instead of following my husband’s lead with his priorities.  I long for days of smoother sailing for myself and the kids, and believe that this simple gift of obedience is one that will serve them for their whole life.

The new habit plan is underway, and next week I’ll fill you in on what we’re doing to make this habit stick! And let you how it’s going…

How do you get new habits rolling with your family? 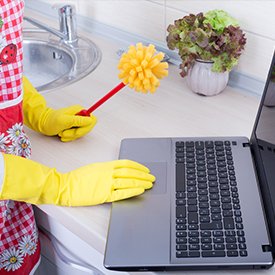 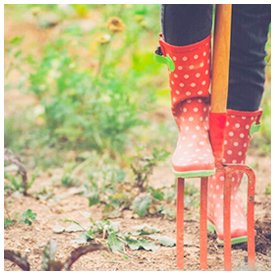 Family
The Weeds Wait For No Mom

Family
Spruce Up That Entrance!

Faith
Get That Pantry In Shape!

3 comments on “The Habit of Obedience”