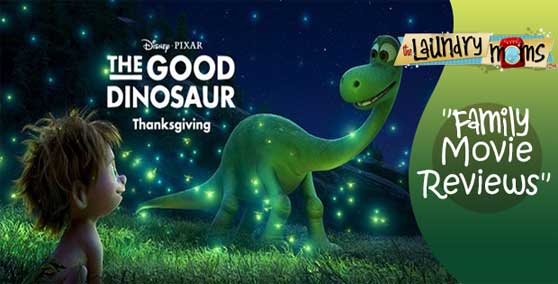 “The Good Dinosaur” is Disney/Pixars latest and most expensive epic story about Arlo, a young dinosaur who is separated from his family and with the help of a cave boy, finds his way back home.

The PG kid-friendly story takes place in a world in which dinosaurs have been spared extinction and co-exist with humans. There are plenty of harrowing escapes from dangerous animals and nature, with several scenes that will feel familiar, borrowing thematic elements from “The Lion King” and “The Jungle Book,” among other Disney classics.

I was amazed at the visually breathtaking, realistic way the computer-generated animation looks and feels, from the details in the animals to the beauty in nature!

“The Good Dinosaur” is a family story all ages will enjoy!