I looooooooooove birthdays! Especially mine. I’ve been known to declare March 1 the beginning of my birthday month, and I have no problem celebrating up to and past the 23rd. On the actual day, I wake giddy with anticipation, which simply elevates the height of my fall when my expectations aren’t met.

Such was the case one unforgettable birthday the Lord brought to mind the other day.

Wide awake at 5:15 a.m., I enthusiastically greeted the day. The early hour would give me that much more time to curl up with Jesus in my favorite chair in my favorite corner of the house with JJ, my clingy Maltese who I adore. We cuddle and I study, pray, and write. Birthday or not, it’s our favorite place and time of day.

Around 7:20 a.m., a faint sound interrupted my quiet. What is that? The answer sent me sprinting for my bedroom door, only to arrive at the sound of crashing plastic and angry grunts. Unbeknownst to me, the alarm I thought was off had been intermittently ringing for 20 minutes, interrupting what little sleep my insomniac husband was managing in the morning hours. His anger was with the alarm and his interrupted sleep, not me, but it was my birthday, and my feelings were hurt.

I sulked back to my office, alarm clock in hand, and convinced myself not to let it ruin my day. “Don’t say a word to him,” I sensed the Holy Spirit gently instruct. So I vowed not to.

Until he woke up, and my flesh won over my spirit. I pouted and made snarky remarks. Not just then, but later in the day, too. My special day had been ruined, and I felt like he needed to know it.

Boy, was I wrong, in my thinking and in ignoring the clear warning from the Lord.

Later that afternoon, the family climbed in the car for the 45-minute drive to my favorite restaurant for my birthday dinner. A “heated discussion” ensued as James explained why he was frustrated. As much as I wanted to feel sorry for myself, one voice kept breaking through.

“I told you not to say anything.”

Maybe James could have handled it better, but I’m the one who deliberately ignored God. I disobeyed His clear instruction, and my circumstances were the consequence.

My girls texted me from the back seat of the car, “We love you, mom.”

I’m pretty sure their texts to each other were something like, “Are mom and dad going to get a divorce?”

Thankfully, no. By the time the waiter left our table with our orders, James and I had made amends and forgiven each other.

The Lord brought all this up the other day as I read Deuteronomy 2. The Israelites are in the wilderness east of the Jordan, having wandered 40 years. They’ve come full circle, not just geographically, but with a lesson learned the hard way, just like mine.

The first time they came to the Jordan to cross over into the Promised Land, they send a delegation of twelve spies for a 40-day scouting tour. When they return, two of them—Joshua and Caleb—report that the land is just as the Lord promised, and they rally the Israelites to take the land! But the other ten, tell of fortified cities and giants in the land, spreading fear and unbelief like wildfire through the camp. The Israelites refuse to believe God and move forward in faith, so God assigns them to 40 years of wandering—one for every day the spies explored the land. The ten men—“the ones who incited rebellion against the Lord with their bad reports—were struck dead with a plague before the Lord” (Numbers 14:36-37).

Have you ever been super motivated to obey AFTER you realize the price you’re going to pay for your disobedience? I have (my kids do too). So did the Israelites. They are filled with grief, and the next morning, they’re ready to go, but Moses says:

Why are you now disobeying the LORD’s orders to return to the wilderness? It won’t work. Do not go up into the land now. You will only be crushed by your enemies because the LORD is not with you. When you face the Amalekites and Canaanites in battle, you will be slaughtered. The LORD will abandon you because you have abandoned the LORD (Numbers 14:41-43 NLT).

They don’t leave alone what God says to leave alone, and they pay a high price.

A hard lesson, but at least in part, they learned it, because in Deuteronomy 2:34-37 (NLT), Moses recounts their wanderings, and he says:

We conquered all his towns and completely destroyed everyone—men, women, and children. Not a single person was spared. We took all the livestock as plunder for ourselves, along with anything of value from the towns we ransacked. The LORD our God also helped us conquer Aroer on the edge of the Arnon Gorge, and the town in the gorge, and the whole area as far as Gilead. No town had walls too strong for us. However, we avoided the land of the Ammonites all along the Jabbok River and the towns in the hill country—all the places the LORD our God had commanded us to leave alone. (emphasis mine)

When I read the last part of this passage, I thought of my disaster birthday, and the Spirit whispered to my heart:

Leave alone what the Lord says to leave alone.

When we do, we avoid a world of unnecessary hurt—our own and others’. 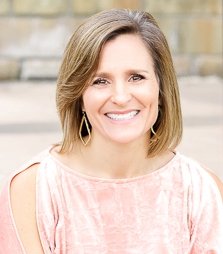