The Case for the Weekly Weigh In

I’m one of those people that does not weigh myself every day. I find it discouraging when I go from a big loss to a stall or gain the very next day. The scale can really wreak havoc on my emotions so I decided a long time ago to only weigh myself 3 times a month. Because I knew that I was re-starting THM on January first of this year I decided to do a little experiment to prove that fluctuation is normal throughout the week and that it can play mind games with you if you let it.

I was surprised by what I found… 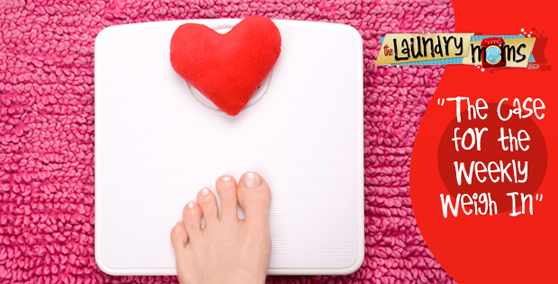 The first day 100% on plan I lost 3lbs. Day two I lost another pound and a half. Day three I lost another 2lbs. Day four I was up a pound. Day 5 I was down 2lbs again. Day 6 I was down another pound and a half. And I finished on day seven up half a pound. Those are phenomenal results but do you know what happened? I was discouraged on day four AND on day seven even though I was weighing myself daily on purpose! How ridiculous! Emotions have a terrible habit of not doing what you want them to at inopportune times. I went into the week fully prepared for the weight gain that I knew would come and I still felt a twinge of frustration when it happened. This is why I weigh once a week. Had I just weighed on day one and day seven, I would’ve seen an 8 & ½ lb drop! I wouldn’t have seen the slight gains on day four and seven. I would have been thrilled instead of happy with a twinge of disappointment. This week I only weighed myself on Friday. The result? Down ½ lb making for a total of 9lbs lost in 2 weeks. Yay!

As a side note I highly recommend having a goal weight in mind versus having an amount you want to lose in mind. There’s a lot of extra math involved when you’re counting how much weight you’ve lost because of the up and down of the scale and it can be discouraging. I find it a lot easier to focus on the number you’re working towards and be encouraged as you get closer to that. We have 50 more weeks of this year to get to our goal. That’s still plenty of time.  🙂