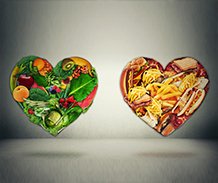 The Battle Rages On
by Meggan Larson

Losing weight is such a battle. I would even go so far as to say it’s a war. That war needs to be fought with every fiber of your being (it often feels like). In the beginning it feels comparable to climbing an extremely steep mountain with a giant rock attached to your back (also known as your butt!). Every step up is SO hard and it almost doesn’t even seem worth it to take another. But the problem is…

…either way you’re going to face a battle. On one hand you can stay at the bottom of the mountain and fight depression, frustration, hopelessness, etc. On the other hand you can fight cravings, sacrifices, saying no again and again… It’s not easy regardless of what you choose but at least one of those paths will lead you to a happier place.

I wish losing weight were easier. I wish we could just snap our fingers and magically be at whatever weight we desire. It would save us so many tears, and so much frustration, anger, anxiety, etc. For whatever reason the good Lord didn’t see fit to allow us to control this but He did arm us with determination, and the gumption to see things through no matter how difficult they are; especially if we call on Him during our weakest moments.

I for one, believe in you. I believe that no matter how many times you’ve failed at this in the past, you can (and will) succeed. I believe that even if you’re the heaviest you’ve ever been, that you can do this. Leave the past where it belongs and start fresh again (and again and again and again, no matter how many times it takes). Start making healthier decisions one day/meal at a time and as you begin to see change that rock attached to your back will become smaller and easier to carry.