The Battle Of Your Mind

The Battle Of Your Mind

I’ve been doing Trim Healthy Mama for over three years now and I can tell you that the biggest secret to my success has been realizing that weight loss is not a physical issue. That may sound like nonsense (wouldn’t be the first time) but it’s true. The weight loss battle is so much more than just eating right and exercising. What more could it be you ask?

The most important aspect of successfully losing weight is… 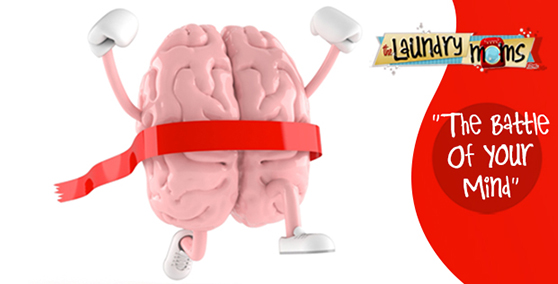 Mental. Weight loss is primarily a mental game. What do I mean by this? I mean that when you’re first starting out and detoxing from sugar and all of the other stuff you were consuming that was causing significant weight gain, you’re battle is mostly in the mind. Many many times per day you will have to talk yourself out of eating that cupcake staring you in the face. Even more times you’ll have to convince yourself to walk away from the French fries the rest of your family is happily consuming. You will battle with yourself so often in the first few weeks of this new lifestyle change that it will exhaust you.

It does get easier as time goes on but I find that if you have an off plan meal (or day) that the cravings come back with a vengeance and you have to start all over again convincing yourself that you don’t want to eat what you’re so used to and what you know tastes incredible. If you can win the battle in your mind then the weight will come off surprisingly easily. I have had to say “NO!” out loud and make myself walk away from candy, donuts, French fries, pie, cake, ice cream, you get the picture (I could go on for quite a bit longer but I’ll spare you).

It’s time to create a new script in your mind. One that reminds yourself of how it feels to be thinner and healthier. A script that reminds you that you can do all things through Christ who strengthens you (Phil 4:13) even when the thing you need to do is walk away from the sugar laden cheesecake. The battle of your mind is the hardest fight you’ll go through when it comes to weight loss but if you can master it, you’ll be able to get to your goal. You’ll no longer be a slave to food, to sugar, to carbs, etc. You’ll have the power to say no and mean it and know that you’re doing the right thing for your body. It’s not easy, but it is so worth it!