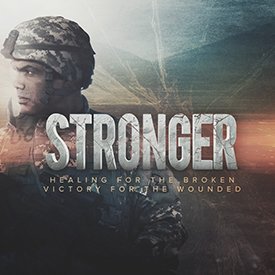 It’s a big, big world we live in, yet it’s getting smaller all the time. We’re all interconnected by invisible threads—from social media to common hopes and fears to the power of friends and family. It’s our vested interest to leave the world better than we found it—to leave a gift for our children and future generations.

Sometimes these invisible threads tug at us, and we don’t fully understand why they’re tugging or where they’re taking us. But somehow, by some miraculous, divine force, we end up exactly where we need to be—in a place where we can provide guidance, offer hope, and change the course of lives. That, in a nutshell, is how the movie “STRONGER: Healing for the Broken. Victory for the Wounded” came to be.

Transforming a Mission Into a Movie… 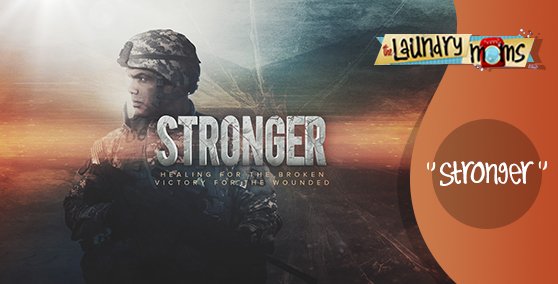 It takes a village to raise a child, the proverb says. Children rely on their villages to teach them, to show them the way, to make them good people. But these villages are just as important to adults as they are to youngsters. In times of trouble and need, we count on our villages to keep us strong.

Carla McDougal, founder of Reflective Life Ministries (RLM) in Montgomery County, understands the importance of cultivating that village—creating a network that can support the community’s physical, emotional, and spiritual needs. She’s spent her life creating a village of support, and now she’s on her way to her greatest achievement: creating a grassroots alliance that’s transforming how Christ-centered organizations collaborate. She’s drawing on the strength and support of the Montgomery County community, with residents playing, literally, the starring roles. Strengthening Souls, Changing Lives

Understanding the strength that comes from unity, the ministry began planning the film “STRONGER” in 2014. Aimed at bringing awareness to post-traumatic stress disorder (PTSD), the cast and crew understand that PTSD affects more than just military veterans. First responders, abuse survivors, and others also have these invisible wounds. To cope with their feelings and regain normalcy in their day-to-day lives, survivors require assistance that many don’t understand and can’t provide.

To be successful, Carla and RLM knew they needed develop strategic partnerships with other PTSD organizations to provide targeted help to those in need.

As preproduction of the movie “STRONGER” began, RLM spoke with veterans, first responders, and other PTSD organizations and survivors. It became clear that the ministry was answering a greater call to action than previously thought. When left unrecognized and untreated—PTSD could be more than just a diagnosis. It could be a death sentence. PTSD Treatment Help’s statistics were staggering:

· More than 5 million Americans suffer from PTSD annually. · One in 13 Americans may develop PTSD at some point. · 30% of individuals who have been in a war zone will develop PTSD.

Because these are numbers that Carla and the production team simply couldn’t stand to see increase, it reaffirmed RLM’s commitment to the cause. “STRONGER” was a start to preventing these numbers from growing—but how could they be reversed?

A myriad of PTSD resources already existed across the United States. But if they were reaching their audiences, why weren’t the numbers going down? Could RLM help them reach their full potential? Transforming the Movie Into a Movement

Since RLM’s inception, Carla has understood the importance of collaboration. So as she has grown her village—forming alliances with organizations like the Mighty Oaks Warriors and the Amos House of Faith and receiving generous support from the Spirit of Texas Bank—she has incited grassroots change. By defining a common goal, she has aligned like-minded community service organizations, with the whole becoming greater than the sum of the parts.

Rather than waiting for someone else to effect change, Carla fulfilled her vision of serving the greater good and started the Stronger Alliance (SA), a subsidiary of RLM. SA is a national grassroots movement that unites U.S.-based, Christ-centered organizations who are assisting individuals, families, and communities who are suffering from PTSD.

By being proactive instead of reactive, Carla is uniting the goals of PTSD assistance organizations and is changing the way they operate. Instead of working independently, they are working together to draw on each other’s strengths and resources, no longer isolated. As lead actress Angela Sweet says, “It’s more than a movie. It’s a movement.” Harnessing the Alliance’s Power to Promote Healing, Change

Through Carla’s, the RLM’s and the SA’s efforts, “STONGER” shows this commitment to soliders in one of its final scenes: a merging of like-minded PTSD organizations all in one room at the Huntsville, Texas HEARTS Veterans Museum. No longer islands, they have been transformed into a central hub that collaborates instead of competes.

Indeed, as the cast and crew prepared to shoot the final scenes at the museum, little did they know that the invisible strings that tie us together were preparing something magical.

In meeting with the City of Huntsville—the mayor, the chief of police, the city council, and more—the city offered unprecedented access to the community. Beyond the veteran’s expo scenes shot at the museum on July 3, 2016, filming continued around the town’s Fourth of July parade, where the “STRONGER” cast was joined by the Patriot Guard Riders, the American Legion, the Christian Motorcyclists Association, and more.

To see the veteran’s expo filled—with men, women, and flags—was unexpectedly moving to Carla. “The heart of Huntsville really came through,” she said, “and I just didn’t have words to describe how I felt. Tears just came to my eyes.” To see the community come together for a greater purpose—donating vehicles, food, time, manpower, and more—made her realize just what an impact the movie has had, even before it’s complete.

The giving goes both ways. The “STRONGER” team plans to hold a special fundraising showing of the movie to give back to the city and the museum. They’ve forged a lasting bond and have worked together to create something truly amazing. Rolling Out the Red Carpet

The movie will premiere locally on March 25, 2017, with a nationwide theatrical release to follow through Fathom Events. Becoming an Agent of Change

The ripple effect of the “STRONGER” movie and its alliance are already being felt in the community. Word is spreading to those who need healing the most. It’s the desire of Carla, the RLM, and the SA that each trial, each tribulation—no matter how dark it may seem—will lead you to light and hope.

As the film wraps up shooting, Carla says their prayer is not just to raise PTSD awareness. It’s to show the hope Christ offers for healing. Never underestimate the power of the strengths and weaknesses that God has given you. You have the ability to harness both for greatness. You have the power, and you have the choice. But you are never left alone.

Lead actress Angela Sweet (who plays Michelle, Vic’s wife) believes the greatest message of this film is hope—hope that this film can be a catalyst in which resources are used, healing occurs, and lives are restored. If this happens, her prayers for the film and her part in it will have been answered.

Remember that you are part of the fabric of our community. In this day and age of hurtful words and selfish deeds, resolve to be kind and consider the unseen hurt or struggles others endure. A compassionate word or deed is all it takes to make a difference. We walk this life together, and together, we are stronger. 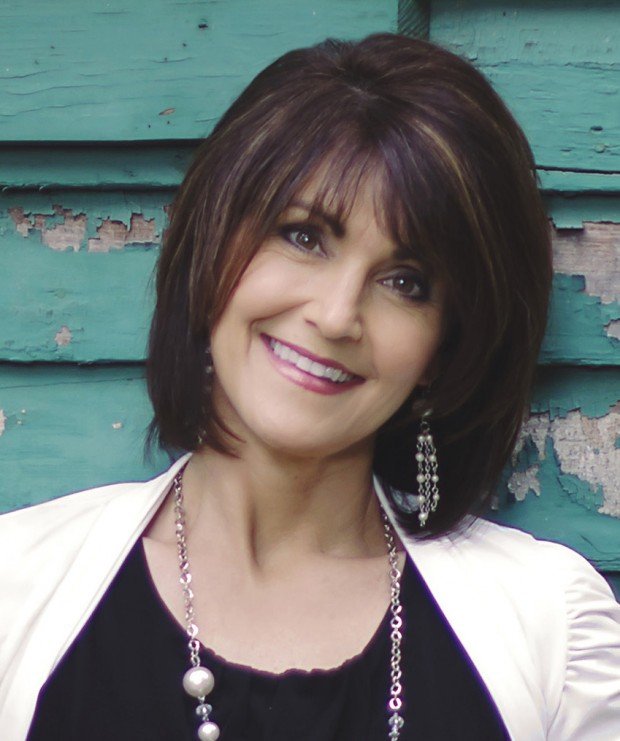 Award-winning author and speaker, Carla McDougal founded Reflective Life Ministries in 2008. Her true passion is her Lord and Savior, Jesus Christ. It humbles her to realize His love, grace, and mercy go beyond her understanding. She truly believes laughter is medicine from the Lord that breaks down walls and removes the masks in our lives. As a result, God has taken her around the world to encourage others to live every day for Him. Her latest book, My Prayer Chair, won multiple awards in 2013 and is now available in Spanish. Carla and her husband, Fred, live in the Houston, TX area and have three sons, one daughter, and two daughters-in-“love.” She smiles to think of the experiences God has allowed in her life to teach and remind her “He is in control.”   Connect with Carla Here…   Facebook & Reflective Ministries 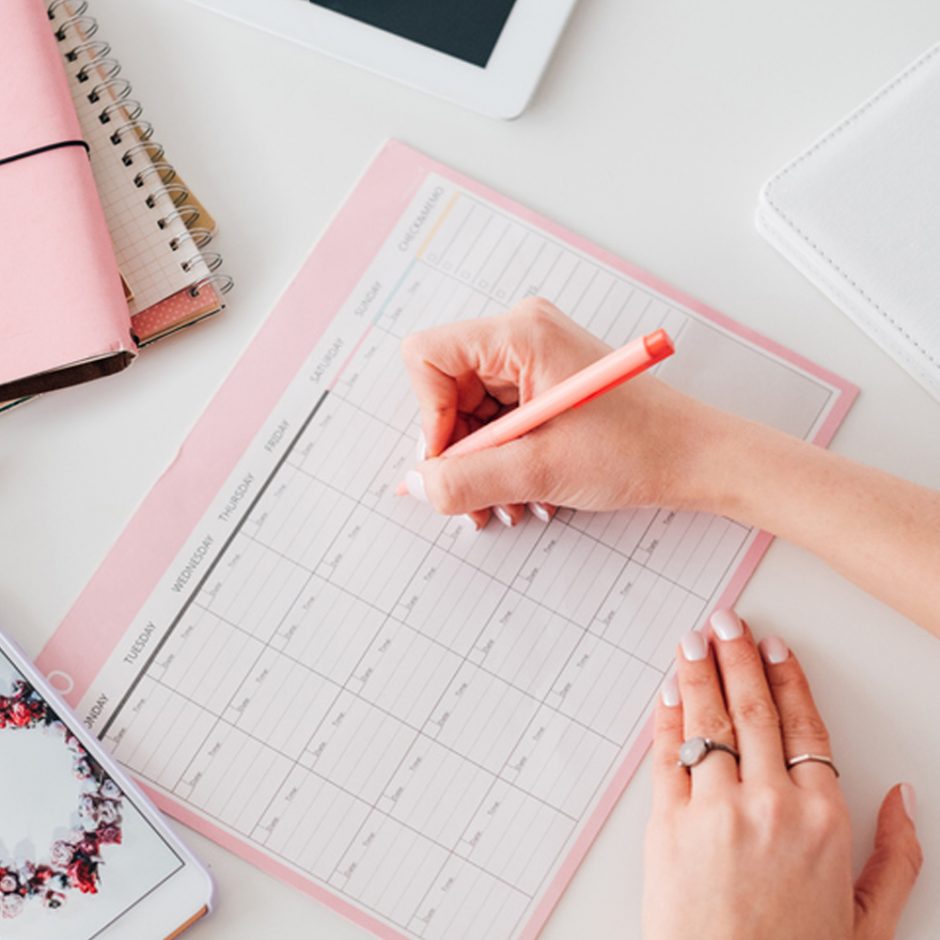