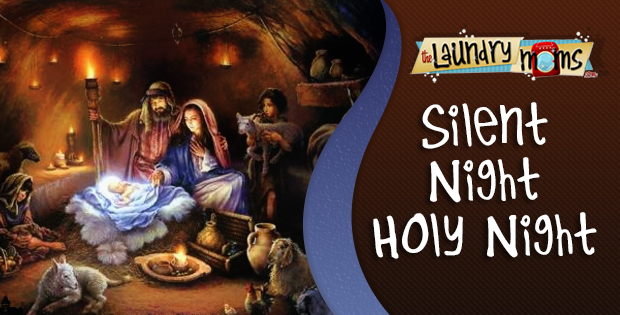 “Silent Night” was written by Joseph Mohr, pastor in the Austrian Alps in a little town of Oberndorf. It was Christmas Eve, 1815, when he meditated on the wonderful story of the birth of Christ and wrote the sweet, simple verses of this song. The next day he took them to the village schoolmaster, an organist, Franz Gruber, who prayerfully put them to music that fits them so quietly and so well. And that night they had the choir sing it for the first time with only guitar accompaniment, since the organ had broken down . Through the years this sweet song drifted out to the world and now millions of people rejoice as they sing

Silent night, holy night,
All is calm, all is bright

Round yon virgin mother and Child.
Holy Infant so tender and mild,

The name “Bethlehem” means house of bread. It is some six miles south and a little west of Jerusalem on the way toward Hebron. It was the home of David and of Boat and Ruth before him. Micah 5:2 prophesied that the Saviour would be born there: “But thou, Beth-lehem Ephratah, though thou be little among the thousands of Judah, yet out of thee shall he come forth unto me that is to be ruler in Israel; whose goings forth have been from of old, from everlasting.”

So when Caesar at Rome decreed that all must go to their families’ ancestral homes to report for taxation, Joseph and Mary, his virgin wife, heavy with child, came from Nazareth, nearly a hundred miles north in the province of Galilee. They came to Bethlehem because they were of the house and lineage of David. The little town was crowded. There was no room in the inn, and they were given a place in the stable and there Mary brought forth her firstborn son, the Lord Jesus. Now they show a cave as the birthplace of the Saviour and over it is built the Church of the Nativity and another church beside it. However, no one knows for sure exactly where Jesus was born. Queen Helena, the mother of Emperor Constantine, selected this cave as the birthplace of Christ but it was way over three centuries after His birth. The area had been ravished by war a number of times and there may have been not a single house remaining that anybody could know Jesus was ever there. So she selected a cave. Over it was built the Church of the Nativity.

I think the dear Lord does not want us worshiping a place so He did not let it be settled surely, either the place of the birth of Jesus or the house in which He lived in Nazareth or the place of crucifixion or the tomb in which He was buried. All that is left a little unsure lest men should worship as an idol a mere place when the Lord wants us to worship the Saviour Himself.

We pray you enjoy a silent night this Christmas and focus on that Holy Night so long ago when Jesus came!