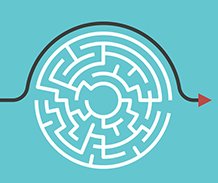 Who doesn’t want a shortcut to health? Who doesn’t want a simpler way to pretty much anything, am I right? If there is an easier way to do something then sign me up. I’ve wasted enough time in my life doing things the hard way and so when I find a shortcut that works, I like to pass it on. I have found many shortcuts in my looooong journey of health and so I’ve decided to pass some of them on to you.

One thing that I love to do is…

Make a batch of cookies, muffins, something yummy (that’s sugar-free) and leave some of them out to eat now but put at least half of the batch in the freezer so that the next time I’m jonesing for something sweet I can be eating it in 30 seconds or less. Or immediately if I’m in savage mode and just want to gnaw on a frozen cookie. I don’t judge.

Another thing I like to do is cut extra lettuce when I’m making a salad so that next time I can use the precut lettuce for another salad. It seems like if I have to cut the lettuce then making a salad is this HUGE chore but if it’s already cut then easy peasy! Silly I know but tell that to my brain. You can do salad in a jar very easily and it stays good in the fridge for a week!

I also like to have a prepackaged snack that just stays in my purse for those times you’re about to bite everyone’s head off (or your kids are and they steal your emergency snack bar). It comes in soooo handy for those times when you are running later than you expected and those golden arches are looking mighty fine.

These are all just food shortcuts but tomorrow on Facebook we’re doing a class where we’re going to be sharing many more tips and tricks that we use on a daily/weekly basis. We’d love for you to come! Join our class group here.