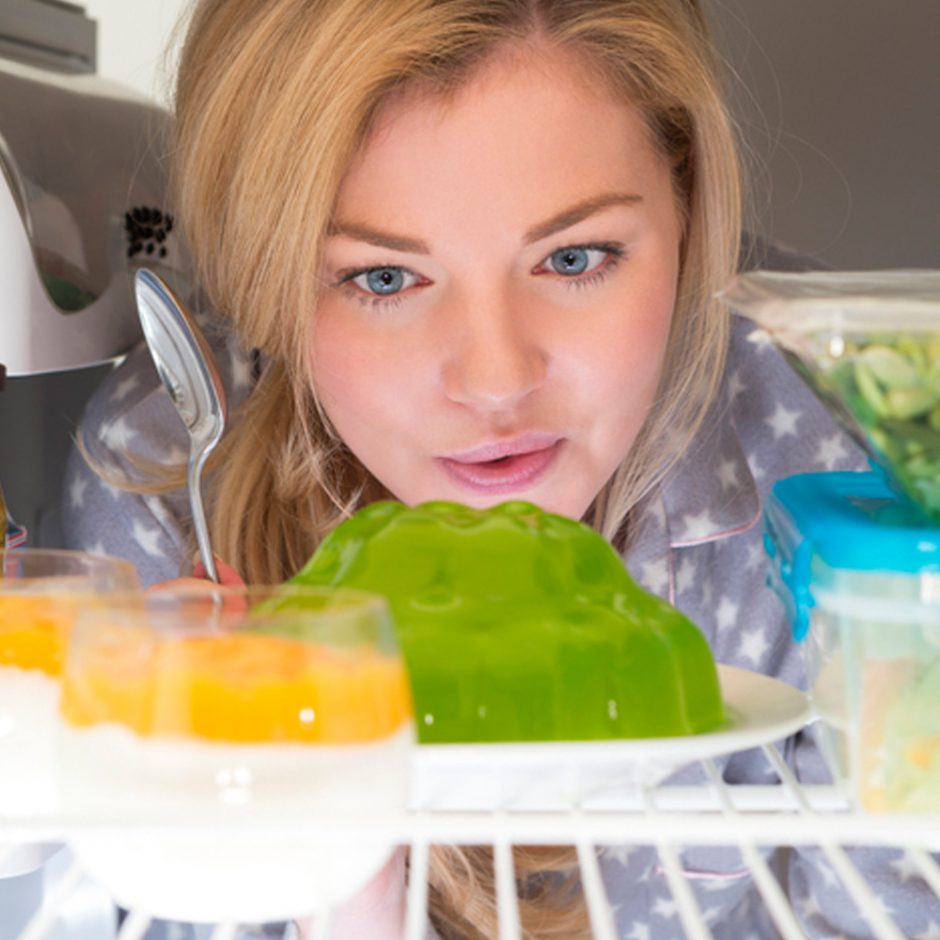 I used to be a notorious night time snacker. I was never quite as bad as my husband, who I can still hear at times rifling through the fridge at all hours of the night, but still, I often ate pretty soon before going to sleep. It’s challenging for your body to burn those calories (even on plan ones) if you eat and go to sleep almost immediately afterward. It can result in stalling your weight loss or even worse – causing weight gain!

…to cut out the late evening snacking. I do my best to stop eating around 8 pm because I am usually in bed by 11 pm. I used to finish a snack around 10:30 pm and head to bed just a few minutes later. And I’m not talking about a ½ cup of pudding either. I’m talking about a big bowl of buttery crossover popcorn right as I’m finishing the night. (Does this make you feel better about some of the choices you’ve been making lately? Good. Let’s keep this safe zone real.) Doing this didn’t always make me stall but I’m sure it slowed down my progress significantly and who wants to do that? Sometimes we think that it’s just a little thing so it’s not that big of a deal, but the truth is, the little things add up, and before you know it you’ve stalled for months and can’t figure out why and the reason is tied up in all of the “little things”.

Do yourself a favor and cut out those small and seemingly insignificant habits that could be hindering you from getting to where you want to be. I’ll admit, sometimes that bowl of popcorn is totally worth it. Most of the time though, it isn’t and I can do without. Make yourself a hot drink and curl up with a good movie or book. Don’t get weighed down (pun intended) with nasty little habits that you know deep down you can do without. Make a better choice and enjoy that snack a couple of hours earlier. 😉