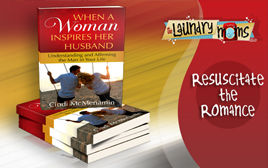 Is It Time to Resuscitate the Romance?

By Cindi McMenamin/ Author of When a Woman Inspires Her Husband

I know quite a few women who start in with the complaints as Valentine’s Day nears.

My husband doesn’t have a romantic bone in his body.

My husband is incapable of connecting with me, emotionally

I wish I knew how to reach my husband at a closer level, but he doesn’t make it easy.

If you’re frustrated with your husband or just want to draw his heart closer to yours, I have a strategy that I’ve seen work over and over again… 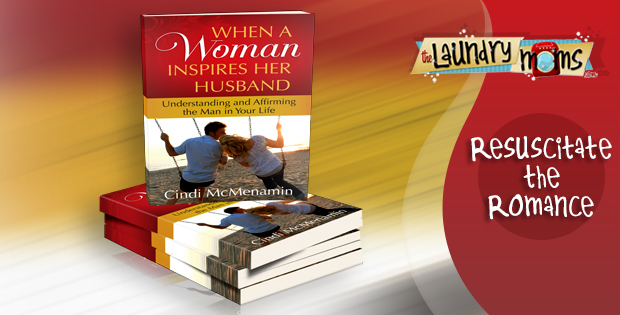 Focus on what you can do for him, rather than the other way around.

I realize you might be someone who is tired of hearing that by now. Especially if every year…or every day …you are the one making the effort to improve your connection.  (After all, you are the one reading this!) But I used to be that woman, too. Always the one taking the initiative. Always the one reading the marriage improvement books. And always the woman wondering when my husband was going to do what it took to draw my heart closer to his.  But I can also tell you that when I began focusing on how I can make my husband happier, rather than the other way around, that’s when our relationship really began to improve.

As I was writing my book, When a Woman Inspires Her Husband, I interviewed about a hundred husbands who were married anywhere from ten to fifty years, and I found that men are really quite simple in what they need and want in a relationship. When we can meet them in those basic areas, we may find that they respond a lot better and we have less to complain about.  You can resuscitate the romance in your marriage by trying this three-step “CPR” for your marriage. In fact, focus on these three things only in the next few days and see if it doesn’t help draw the two of you closer:

C – Come Alongside Him – Every man wants a team-mate.  A partner. Someone to help him, share his burden, lighten his load. As his wife, that is your primary role, according to Genesis 2:18. When you help your husband, with an attitude that wants to see him win, you are saying to him “I believe in you. I want to partner with you. I’m on your side.” You can come alongside him by asking him “What can I do to make your day go smoother?” and then doing your best to follow through. Or, try asking “How can I pray for you today in the midst of all that I have to do today, too?” (because some of you are definitely as busy as your husbands, if not more). By showing him your heart to help him, no matter what it entails, you are convincing him that you’re on his team and you want him to win.

P –  Praise the Positives —  It’s very possible that  if your husband is disappointing you in some way that he already knows it. And chances are, he feels he’s disappointing others, too. Men are wired to want to win. And that means they want to succeed with their wives. When a man feels like he’s winning at home, he will want to be there more often, and he’ll feel like he can go out and win everywhere else, too. So, let him know what he’s doing right. Compliment him, instead of just taking advantage of it when he does something that you needed his strength or wisdom or time with. Start letting him know the things you appreciate about him. Move next to the things you admire about him. Your husband does have some really good qualities (or you wouldn’t have married him in the first place), but you might have forgotten them or just not mentioned them in awhile. When you start praising the positives in him you’ll find those positives become more and more apparent.  In other words, if your husband knows he’s winning with you at something, he’ll keep doing it.

R – Respond to Him Enthusiastically – A man whose wife is excited about the things that he’s interested in, eager to try new things with him, and positive about his suggestions can get closer to his heart. It doesn’t mean you have to agree with everything he says. Just be positive and encouraging more than you’re critical and it will go a long way. Does he prefer some things you’re really not interested in (tv sports, golf, NASCAR, crossword puzzles, fishing, working out, electronics, computer games,  consuming large amounts of barbecued meats)? Ask him about his interests. Practice saying “Sure” with a smile. Or, ask to join him some time. Tell him you’d like to make plans with him to go somewhere he’d like to visit, or to help him with a project he’d like to complete. Your sudden interest — and enthusiasm — may take him by surprise, but it will be a nice surprise. Reach to find what it is the two of you can share in common again and then make it happen. It will be worth the effort.

Finally, be the woman you were when the two of you were dating. By this I mean do the things you used to do when you first started seeing him. In Revelation 2:4-5, Jesus told the church in Ephesus how it had gotten stale in its relationship with Him. He told that church it had lost its first love. His instruction for her to get her fire back was to remember the height from which she had fallen and then to “Repent and do the things you did at first.”

You and I have certain things we “did at first”  that attracted our husbands to us and, even more importantly, that made them feel loved and desired by us. Make your husband feel attractive again. Show him respect like you once did. Compliment him as often as you used to. Drop what you’re doing, once again, to take his calls, respond to his requests, and assure him that he’s first in your heart. Just like you, he’s noticed that those things have fallen by the wayside through the years.  So pick them back up again and regain what you might feel you’ve lost. Be the woman your husband can’t resist by being the woman he originally fell in love with. Be the woman who treats him like you once did. And by doing so, you may find that suddenly he, too, is the man you once knew. 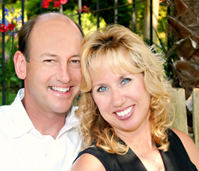 Cindi McMenamin is a national women’s conference speaker and the author of several books including When Women Walk Alone,  When a Woman Inspires Her Husband, and  When Couples Walk Together: 31 Days to a Closer Connection, which she co-authored with her husband, Hugh. For more information and free resources to strengthen your soul or marriage, see her website: www.StrengthForTheSoul.com.