Ready For The “Next Show?”

Ready For The “Next Show?”

Three of my kids were in the show, “Fiddler on the Roof.” I was totally blown away! The level of professionalism in this drama group excels any I have ever seen. The show was truly spectacular (and I’m not just saying that because I’m a stage mom).

At the end of the last show, the kids filed off stage after taking their final bow. Karis was cutting up in the hall. Klara was ready to change out of her costume. But Kenna… That little girl had tears spilling out of her eyes and streaming down her cheeks.

“What’s wrong?” I asked her, as she walked backstage. 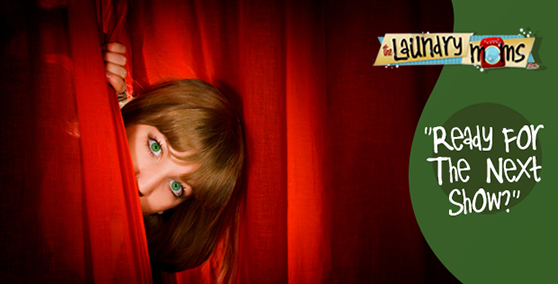 …don’t want it to be over,” she said, through sniffles.

She had grown very close to one of the older boys who played the role of her father. It was his last show, and Kenna doesn’t like goodbyes. It was at that moment that he walked past and immediately crouched down to talk to her. He shared with her how much he enjoyed working with her and encouraged her to keep acting, telling her that he would come back and see her plays.

Goodbyes are tough, especially for Kenna.

After he walked away, and Kenna was still sniffling, I took her in my arms and as usual, went into life coach mode.

“Kenna,” I said. “I know this is tough, but I want you to think about something. You are already signed up for auditions for the next show. And there can’t be a next show, until there is a last show.”

It’s true in the theater and it’s true in real life. You can’t progress to the next stage in life until you’re ready to close the door on the current one.

Isaiah 43:19  says, “See, I am doing a new thing! Now it springs up; do you not perceive it? I am making a way in the wilderness and streams in the wasteland.”

The one thing that holds us back is our fear of the unknown. We don’t know what that next place holds. We can’t predict it or place it in a neat, little box with a label on top. But, here’s the kicker—we don’t have to know. If you know God, then you know that His plans for you are good, pleasing, and perfect (Romans 12:2). You know that He delights in prospering His servants (Psalm 35:27). You know that He wants to give you the desires of your heart (Psalm 37:4). He is a good God and He wants to bring you to a good place.

But you can’t go to the new place until you let go of the old. There can’t be a next show until there is a last show. He says He is doing a new thing, but follows this with, “Do you not perceive it?” He wants you to let go and trust Him. He’s enough to bring you through any wilderness or wasteland. He’s enough to bring you all the way up the mountain. But you can’t go along on the adventure if you’re stuck where you are. You’ve got to see it. You’ve got to be looking forward instead of back and be ready to go.

Maybe it’s time. Perhaps you’re in the middle of that last show and it’s time to take a final bow. This is where you let the curtain close and you trust God in the darkness backstage. He won’t leave you there. He promises that there will be a next show, and it will be bigger and better than the last.

Now it’s your turn. Is there something God is telling you to let go off? Is there something you finally need to leave in the past so you can move on to that next show? Leave a comment and share it. I would love to support you in prayer as you take this final bow.