“Quit Quoting Scripture to the Dog”

I have a good friend who has going through a trial. As she shared some of the details with me, I asked how she was handling the obvious thoughts of fear. She said, “Well, I’m quoting a lot of scripture.” “That’s good,” I said, “But it won’t run the dog off.” This is where a lot of people don’t understand… 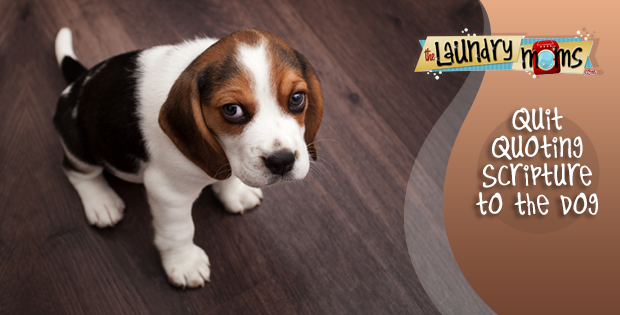 the authority of the believer. Jesus said in Luke 10:19, “Behold, I give you the AUTHORITY to trample on serpents and scorpions, and over all the power of the enemy, and nothing shall by any means hurt you.” In other words, when it comes to dealing with the devil and his devices, you’re going to have to do more than quote scripture. I told her, “Quoting scripture builds your faith—and that’s good!

But quoting scripture is not the same as using your authority against the enemy when he attacks.” My friend is a mother of three children, so I knew she could relate to this example: “What if a rabid dog came up on your back porch? Would you quote scripture to it in an attempt to run him off?” Her obvious answer was no. She said she’d tell it to get out of here. “But what if it didn’t obey you?

What if he kept coming around? Would you set out some food and water and start taking care of it?” I asked. She said no, she’d keep at it until the mangy dog was long gone. Good answer! And this is how all of us need to deal with the enemy’s devices. The devil is like a rabid, mangy dog. When he bombards your mind with fearful or wrong thoughts, you need to tell them “NO!” in the same tone and authority you would use to protect your children from danger. And no matter how many times your negative thoughts return, don’t quit!

Jesus said He has given US the authority. Some translations of Luke 10:19 say He has given us “power” over all the “power” of the enemy. Interestingly, these are not the same Greek words. In the first reference, the word power is better translated as “authority” (as in the New King James). It is a combination of two Greek words meaning right and might, literally describing one’s authority or capability. This is what Jesus has delegated to us. In the second reference, the word power describes achievement or “to be able.”

In other words, Jesus has given us authority over all the possible achievement or ability of the devil. This tells me that no matter what the devil has done in the past, or how realistic a picture of fear he paints in my mind, MY POWER IS STILL GREATER THAN HIS. And this is why quoting scripture in a fight with fear or depression or any other such attack is NOT going to run him (or the thoughts) off. Quoting and knowing scripture is important. It will help you in your faith because God’s Word inspires—but the dog doesn’t care about scripture.

In fact, the Bible says, “Resist him, steadfast in the faith, knowing that the same sufferings are experienced by your brotherhood in the world” (1 Peter 5:9). We could say it this way: Stand firm against the devil. Don’t believe his lies that you’re the only one going through such things. He’s a liar and your faith is stronger than his weapons! So what are you going to do today? For sure, you’re NOT going to quote scripture to the dog. Instead, I hope you’ll begin to use your authority and put the devil on the run. And no matter how many times he tries to return, keep at it!

He’s only testing your authority. 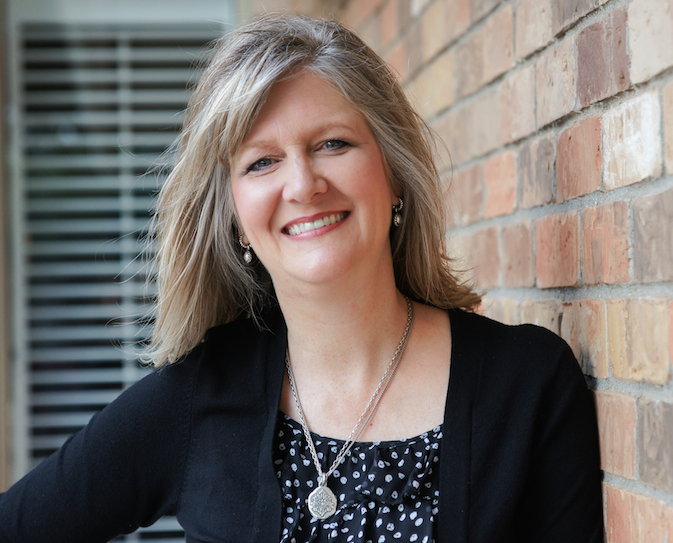 Daphne Delay is the founder of Mirror Ministries in Seminole, Texas. She is the author of Facing the Mirror: Finding a Self to Live With. She blogs nuggets of spiritual growth encouragement every week at mirrorministries.org and you can catch her weekly podcast at identityadvantage.org. Daphne is the proud mom of three highlights of her life (ages 14, 17, and 23) and soon-to-be a grandma too!

2 comments on “Quit Quoting Scripture to the Dog”