“Priceless” is a powerful story about James Stevenson (Joel Smallbone), a man who tragically loses his wife, then loses custody of his little girl. In a desperate attempt to make money, he agrees to drive a truck cross country, but soon discovers his cargo are two young illegal sisters being kidnapped for sex trade. Bianca Santos, Jim Parrack and David Koechner star.

Inspired by true events, the PG-13 drama is for… 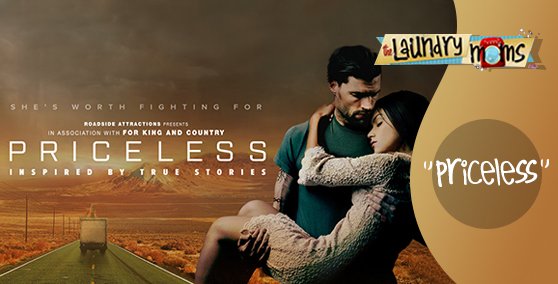 …mature themes and action that deal with the subject of sex trafficking, the death of a friend, repentance, love, faith and taking a stand for what’s right. Joel (who is part of the Grammy Award-winning band “for King & Country” and Rebecca St. James brother) gives a powerful performance as an unlikely hero who must risk his life to shut down a sex trafficking ring and save the girl he’s fallen in love with.  I was moved and inspired, by this well-done, must-see movie for mature teens to adults.