Bittersweet moments come and go with our children through the years, and when you experience one it shakes a momma to her core.

It all started about 10 years ago, when my oldest daughter, Lauren, had just turned 7. My children were playing with friends laughing and having fun outside when they all thought it would be a fun idea to take a bungee cord and tie it to a bike, which Lauren was riding, and the other end to the wagon carrying the rest of the kids.

As they were going along having a fun ride, the bungee cord came untied from the wagon at the same time that Lauren turned to see all their happy faces. The metal part of the bungee cord hit her straight in the eye.

After we had made our rounds to the emergency room and to the eye specialist we found out that her eye had immediately formed a cataract and her lens had been shattered. We were devastated!

This was a traumatic situation which induced immediate vomiting, later I found out it this is very common in an eye injury. The doctor’s told us they didn’t know if she would ever be able to see or even use that eye again.

Fear began to take hold and overtake the thoughts of this extremely worried mom. I began thinking of all the problems this would create for her growing up. Was she ever going to be able to see again? Would she be able to keep her eye? Would she be able to drive? My heart was broken for her and I could do nothing about it but pray. 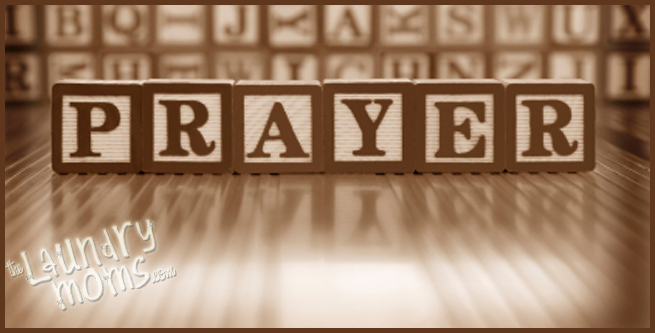 She immediately went into surgery and they removed the cataract and replaced the lens in her eye. When she came home things seemed to be doing great, the doctor said it was healing better than he expected! We were so excited! The doctor even said she had almost regained her FULL vision!

A few months later she began to tell me that she was having trouble with her peripheral vision. OH NO! This was not good! Back to the doctor we went.

Once the doctor had examined her eye he informed us that her retina had started detaching. We were hoping and praying this would not happen. She immediately went back into surgery to try and repair as much as possible and to prevent any more damage. They had placed a buckle around her eye to hold it together.

When she got home she had to literally stay on her face for a week straight! You can image how difficult this would be for a kid. We had ordered a special chair with a hole, so she could put her face into it…(similar to a massage table, but it was a chair). She had to eat, sleep and whatever other creative things we could come up with in that chair for 24/7. Her friends came and laid down on the floor underneath her and visited whenever possible. Lauren was a trooper!

Fast-forward to my bittersweet moment…After the countless doctor visits, surgeries, and prayers she is NOW able to see with the corrected lens with that eye. So last week she got here drivers license! I am such a proud momma! She still has some lasting damage from the retina detaching but overall she has great vision and it has not stopped her from doing anything she sets her heart and mind to do!

I don’t know what challenges you might be facing, but I want to encourage you to have faith and begin to pray for God to make a way where there seems to be no way!

“Dear friend, I pray that you may enjoy good health and that all may go well with you, even as your soul is getting along well.”      3 John 1:2

6 comments on “Praying for Healing!”