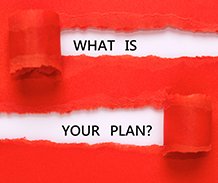 It’s the very beginning of 2017 and this year has unlimited potential (like all the years before it!). People have lost over 100lbs over the period of 365 days. It is absolutely possible to get to your goal weight by December 31st, 2017. Eating healthy, exercising, drinking lots of water, getting enough sleep, keeping your emotions in check, etc. are all an excellent recipe for success. The reality though is that some people will achieve their goals this year and some won’t. That’s true about every year. So what’s the difference between those who succeed and those who don’t?

So what’s the difference between those who succeed and those who don’t?

It’s not quite as simple as checking one thing off your list and succeeding for the rest of the year. As nice as that would be, it’s just not realistic. The people who succeed in weight loss (and anything else in life) have a goal and a plan, and they stick to it throughout the year. They track what they need to track, they get on the scale weekly for accountability, they remind themselves of why they’re doing this, they reflect on what worked and what didn’t each month, they focus on what’s going well instead of what isn’t, etc. There are many important aspects to weight loss but the one thing that is more important than anything else is your mental game. Your attitude, willpower, and resolve are more important than your eating because those things will determine whether or not you’re going to stay on plan. Those things will decide whether you’re going to stick to your workout plan, stay away from the things that make you fat, and finish out the year feeling like you’re on top of the world instead of how you’re probably feeling right now.

I started off 2016 really well but I made a big mistake. I didn’t keep my vision in front of me so after a while it was easy to go off track and eat things I shouldn’t because I forgot my reasons for doing it in the first place. This year I’m hoping to avoid that typical downfall by utilizing a tool called the Passion Planner. It’s an incredible planner that really helps you narrow down what’s most important to you and then create a plan to achieve it throughout the year. I’ve been wanting one for years but finally asked for it for Christmas and got it. (Side note – if you decide to get one please use my referral email address at Meggan@thelaundrymoms.com if I get three referrals they’ll gift one to me and ship it to where I ask them to so I can give it away here!) Between that, my accountability group, my fitbit, and keeping my vision in front of me throughout 2017, I am confident that I will be at or much closer to my goal by the end of the year. If you’re not quite as confident then it may be time to work on your plan!