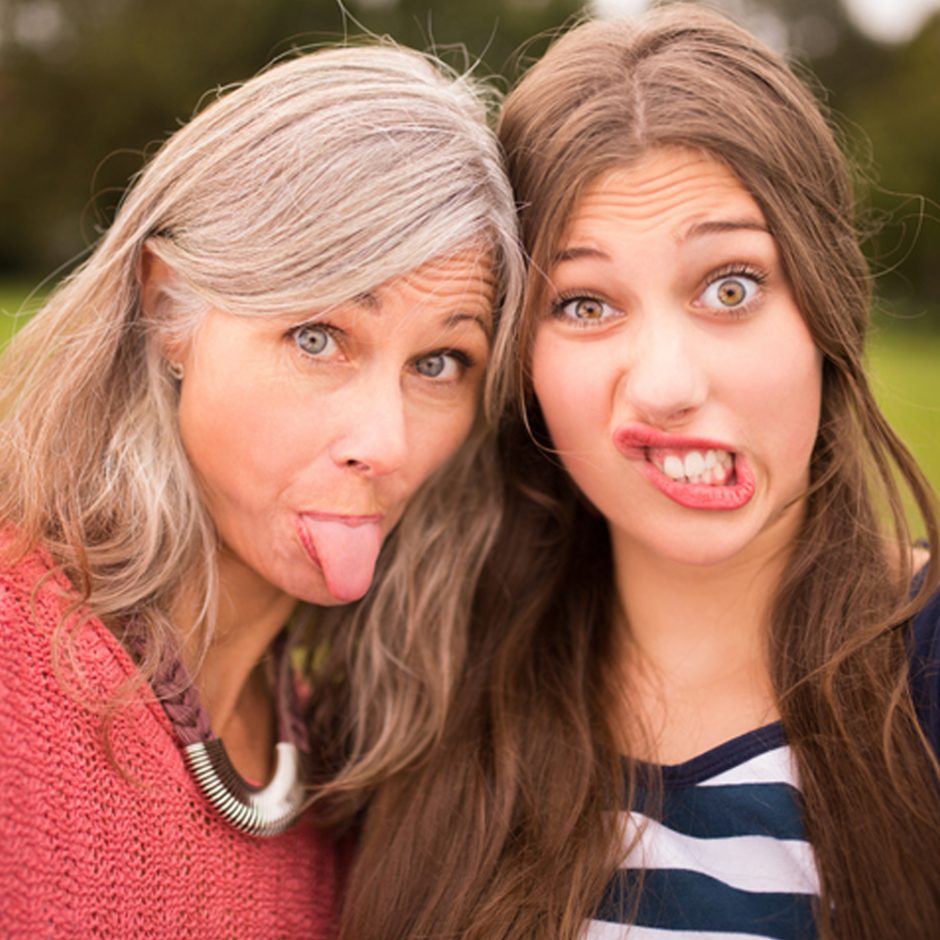 There are two main components you’re dealing with as you parent through the teen years. The first is boundaries. Many people believe they should let their teenagers experiment as to not risk being overbearing and scaring them off, but it’s just the opposite. This a very insecure time for teens as so many things change and everything in their world is shaken. Their body changes, they begin to be drawn to the opposite gender, their skin starts breaking out, and they may feel awkward or clumsy. There’s a lot of peer pressure to conform. You need to set boundaries that are going to protect your teens and give them security.

Technology has added a whole new complexity factor to boundaries, but there are tools available and rules you can set in place to help monitor and protect your children.

…not allowing children to have laptops or cell phones in their room at night, and it’s better to have a stationary desktop that your children use that is near a place you frequent often. My children all shared one stationary desktop right by our laundry room and Gary’s office for many years. You can also purchase programs for computers that put a lock on websites with adult content and that can track all movement on a computer or cell phone for you to see. It’s important to remember that smartphones can access the internet as well. Set boundaries on technology use and monitor those boundaries.

Boundaries should be less focused on small issues and chiefly focused on establishing honesty, character, respect, and integrity in a child.

The second component is hormones. As your children reach their teens, the culture and peer pressure are driving them toward sex. That’s why Gary and I didn’t let our children date when they were in their early teens. If they aren’t in the season of marriage, why would we subject our children to the heartbreak and peer pressure that can come with dating? And where is a relationship between thirteen-year-olds who are going through puberty going to lead to, anyway? Not anywhere good!

Protect your child’s awakening of romantic love, as it says to do in Song of Solomon 8:4 (NLT): “Promise me, O women of Jerusalem, not to awaken love until the time is right.”

In fact, our children took a different approach to dating altogether. Our children became friends with the person first and got to know them outside of a romantic relationship. Our family got to know them as well. And as the relationship progressed, there were boundaries in place. That’s principally what courtship is about—putting boundaries in place to protect a relationship and each person in the relationship. The intent of courtship is that a person reserves their affection and sexual intimacy for the person they marry. As a result, both people should be in a season of marriage and have an established friendship before entering into a relationship. They should also be committed to marriage as a potential, if not probable, outcome before they take the next step of courting. Accountability is there for the couple. We didn’t leave our children alone in situations where they could be tempted.

Courtship has a reputation of being old-fashioned, and indeed it was the vintage approach to marriage until the sexual revolution. My husband’s grandparents, Chester and Gladys, courted each other by spending time with family or a church group. Their beautiful marriage lasted their lifetime. Many parents think it’s impossible for teens to wait for sex until marriage, but it’s more than possible and even used to be the standard. It comes down to training. Chester and Gladys were trained to abstain from sex until marriage, just as the majority of teens today are trained toward premarital sex.

Moving a relationship slowly through stages of development and abstaining from sex till marriage has a proven track record of lower divorce rates and higher levels of marital commitment. A rush-to-sex-without-investment mentality results in higher divorce rates and lower levels of sexual satisfaction once married. You can still adopt the valuable principles in courtship and adapt it to dating or simply waiting on true love. It’s about honoring each other and God’s plan for marriage, and that never goes out of style. You’ve heard the saying, “Don’t throw the baby out with the bathwater,” right? The same holds true here. Don’t throw out the vintage values that could improve your life just because you don’t like the package that they come in. Repackage them in a way that works for you!

Our son-in-law Jason came on staff at our ministry, and around two months later someone who was also working in our ministry tipped me off that he was going to ask me if he could get to know my daughter Amy outside of work. When this staff member first told me, I said “absolutely not,” because we hardly knew him, but then I paused. “You’ve known him for six years. What would you say if you were me?”

“Well,” she said, “he’s the most loving person I’ve ever met, and he has the most character of any man I’ve known. If she were my daughter, I would absolutely be all over it.”

I dropped a hint to Amy to see if she would be interested— and she was. So Jason nervously approached me and asked if he could see Amy outside of work. He shared his intentions and his feelings for Amy. He felt that God had opened a lot of doors in order for them to meet, and I agreed. He waited patiently for my reply, both terrified and excited.

“I would have said no,” I started, “but I’ve checked out your character. I already did the background check.” I winked. “You can get to know Amy outside of work if that’s what she wants, but you’ll have to do so by coming to our home. We’re off on Mondays and Sunday evenings. We usually hangout as a family and maybe pop some popcorn and watch a movie. You can come over on those days if that’s what you want.”

Many men would have backed out there, but Jason agreed. He didn’t complain or get angry. He said, “Yes, ma’am!” And he started coming and hanging out with our family. He showed us his character right off, and he has proven that character again and again throughout their marriage. He is a wonderful father to their two children and a great son-in-law to us.

Our world’s dating culture has produced a “try it before you buy it” practice, resulting in less commitment and higher divorce statistics (not to mention premarital sex, unwanted pregnancies, and abortions). That is the message being communicated to teenagers. I was surprised when my teens received pressure from adults to give up their beliefs and “try it before you buy it.” One couple asked my daughter, “How will you know you really like him if you haven’t slept with him?” The standards even the older generation are setting for the younger generation are ridiculous. The message: “Have sex, drink, do drugs, live your life while you’re young, and you won’t have any consequences or regrets” is abhorrent to me because the opposite is true. Having worked with teens in ministry and dealt with the aftermath, I know what a deception that is.

The individuals involved are the biggest contributing factors to the success of any relationship. A proper understanding of the goal of courtship and the maturity of those involved is crucial to success. It’s easier to blame one method or another for our own mistakes, other people’s mistakes, selfishness, or misunderstandings rather than examining our own hearts. That is why boundaries are crucial because we’re all human and all prone to making the wrong choices without accountability.

We painted a picture for our children that intimacy was an amazing thing that God created for marriage. Passion is awesome, but it must be for the right person and for the right time.