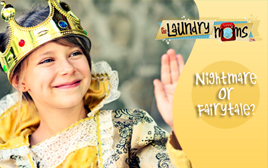 I don’t think I went through a single day last week when I wasn’t catching something about the royal wedding. It seemed that everyone was in a tizzy over it! I acted like I didn’t care. If someone mentioned it, I would casually avert the conversation. I was far too busy with my own life to care about a silly royal wedding.

But then Thursday came.

I found myself googling articles about the royal wedding. That led to me googling television schedules to find out what time it aired. That led to me setting my alarm for 5am so I could catch it on TV. That led to me turning off the alarm, sleeping for another hour, and then youtubing the whole thing.

I have definitely learned that excitement is contagious. I went into this week not even caring a hoot about the royal wedding, but now I can tell you all about her dress and how many times they kissed on the balcony…

And I’ll tell you something else, too… 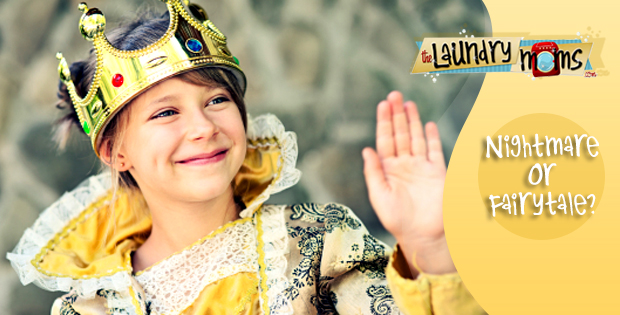 Kate Middleton has NOTHIN’ on YOU! She stumbled across her prince and had a knock-down, drag-out royal wedding. And succeeded in making women everywhere green with envy. But, there is no need to be jealous because you have the same fairytale story just waiting to happen.

Whether you realize it or not, you are a princess already. You are a child of the King of kings and Lord of lords. God created you and He cherishes you. You are royalty and you have all the rights and privileges that come along with that position.

John 1:12 states, “But to as many as did receive and welcome Him, He gave the authority (power, privilege, right) to become the children of God, that is, to those who believe in (adhere to, trust in, and rely on) His name.”

How cool is that? How awesome? How amazing? You have that royal title just waiting for you to step into. As a child of God, you have POWER, PRIVILEGE, AND RIGHT! So many times we settle for scraps that fall on the floor instead of taking our place at the banquet table of the King! Be bold and live out your title. God wants only the best for his children, and that includes you. He’s just waiting on you to agree with Him on this.

Kate could have turned down the offer. She could have never stepped into that gorgeous dress or walked down that red carpet into Westminster Abbey or taken her place in the palace. It was her choice. You have a choice, too. You can see yourself as a pauper or as a princess. You can live out a nightmare or a fairytale. It’s up to you. God is waiting for you to put on the crown and live with privilege, power, and right.

The choice is yours.