Menu
Faith
Moses’ Mom Had the Courage to Let Go

Moses’ Mom Had the Courage to Let Go
by Rhonda Stoppe

Moses is another man who was used greatly by God. Who was his mother? Jochebed found herself in a troubled time of Israel’s history. The descendants of Jacob had become slaves in Egypt. The slaves grew so great in number the Egyptians became fearful. Pharaoh sent out a proclamation that the Hebrew midwives should kill every baby boy born to the Hebrew women.

At the risk of their own lives…

…two courageous midwives, Shiphrah and Puah, refused to murder the babies. Eventually, the frustrated Pharaoh decreed all Egyptians to throw newborn Hebrew boys into the river. Jochebed and her husband, Amram, had done their best to hide their lovely son for as long as they could. At three months old it would have been a matter of time before someone found him and killed him. Something had to be done, or surely he would have died (Exodus 1:15-2:10; Hebrews 11:23).

I can only imagine the ache in Jochebed’s heart as she carefully wrapped her precious baby boy in her favorite blanket. As tears streamed down her face would she have attempted a brave smile into his little face? As if to somehow give him the courage she may desperately have needed for herself?

As Jochebed prepared to place Moses in a basket upon the Nile River, her oldest daughter, who was standing nearby, would likely have questioned the rationale of her mother’s plan. “You’re gonna put him in that basket, mother? Will it float? What if water leaks in? What about the snakes and crocodiles?” Surely Jochebed had already asked herself these questions as this plan began to form in her mind. Could this really be Jehovah’s answer to her prayer to save her son? She must have been confident the idea was from the Lord to even attempt the plan. And yet, would she have wavered in her conviction as she walked down to the Nile River clutching the most beautiful baby boy she had ever seen?
Try to put yourself in Jochebed’s sandals. I don’t know about you, but three months after my baby was born I was still a hormonal, emotional mess! Trying to cope with hiding my newborn from people who wanted to kill him – coupled with anxiety each time he would cry – would have sent me over the edge!

I am in awe of Jochebed’s composure here. Rather than ranting and raving to Amram about their difficult situation, which I am ashamed to say would have been my default mode, she carefully built a little ark for her son. Instead of running to each of her girlfriends for advice, she quietly acted on the plan that God put in her heart. Can you just hear how her friends might have responded if she had solicited their advice? First, you have the nay-sayers: “Jochebed, that is a crazy plan. The baby will surely drown, and if not drown, he will get eaten by crocodiles.

Wouldn’t you prefer to know for certain what happens to him? What will become of him if he does survive the Nile?” Then there are the hopeless: “Your plan will never work, Jochebed. Just give up. God doesn’t care about your baby. He didn’t care about mine when the soldiers came and killed him. Why are you any different? If the soldiers catch you with that baby surely you will be put to death. What will become of your other children? You have a responsibility to them.”

Although the advice is often practical, sometimes our friends can practical us right into disobeying the Lord. Have you ever experienced the Lord impressing upon you to do something that others have questioned? I have, and in such times it can be confusing to discern what is the right path.

How puzzled the people in Jochebed’s generation must have been. God had called Israel His chosen people, yet He allowed them to suffer greatly. How is it possible to place your trust in God when your circumstances appear to be wildly out of His control? Instead of preserving their own lives, the midwives chose to protect the babies. Where did they find the courage to disobey Pharaoh’s decree? And where did Jochebed find the strength to do something about her circumstances? Amidst such a terrible scenario, how do you think you would have responded?

My natural tendency would likely have been to pull the blankets over my head and wait for things to get better. How could Jochebed ever have brought herself to let go of the little basket?

Do you think you could have sent your baby boy down the Nile River? Imagine watching him float out of your secure hands into the unknown. Where would a mother find the courage to do such a thing? As Jochebed watched her baby float away, she demonstrated courage that was not found in her ability to preserve the life of her young son. Her decision that day required she follow a  plan that did not provide all the answers. She sent the baby away from her protection and into the care of her God. That kind of courage comes only in the life of one who has developed a genuine trust in God. Jochebed’s confidence in the Lord was evident in her actions.

If Jochebed had tightened her grip on baby Moses and attempted to continue hiding him, she would not have experienced what happened next. Her trusting obedience was rewarded with nothing short of a miracle. When the daughter of Pharaoh drew the little Hebrew baby from the basket floating on the Nile, the Lord moved her heart to compassion. Not only did the Egyptian princess proclaim she would adopt Moses as her son, she sent his very own sister–who happened to be nearby–to find a nursemaid for the baby. God blessed Jochebed’s obedience by making her Moses’ nursemaid.

During the few years, Jochebed was permitted to nurse her son, she would have had a profound influence upon him. Surely Jochebed would have told little Moses stories of the faithfulness of the God of Israel. Knowing their time together would not be long, Jochebed would likely have had a sense of urgency to teach Moses to love her God. We mothers would do well to remind ourselves that time with our son is short, and begin to develop his love for God in his earliest years.

Never underestimate the tremendous influence you have on your son in his first years of life. In her book, Six Ways to Keep the “Good” in Your Boy, Dannah Gresh states; “In 2005, the findings of a new study released in Pediatrics found that parent-infant connection–intentional togetherness–plays a key role in shaping the right side of an infant’s brain during the first year of Noted neuroscientist Allan Schore says, “The brain of an infant…is not just shaped by genetics but also by experience in the last trimester of pregnancy through the child’s first year and a half of life… A parent or other caregiver can provide this early attachment, but large day-care situations may be less ideal.”2

Do not be naive and assume that dropping your child off at daycare every day won’t leave an imprint upon him. If you must work, it is essential that the person caring for your child loves your God and emulate that love to your son. Though Jochebed had a very short time to influence Moses, the impression she made burned in his mind and stayed with him even when he grew older and dwelt in Pharaoh’s palace. Her teachings were likely the foundation God used to build Moses’ faith. Consequently, Moses choose to suffer with his people rather than enjoy the pleasures of sin for a season in the palaces of Egypt (Hebrews 11:23).

The Bible does not say a lot about the character of Jochebed. In Hebrew, her name means “Jehovah glorified.” Glorified used here means “to make weighty, to make glorious.” Jochebed’s actions certainly lived up to her name. In her decision to trust Jehovah, His name was made glorious. 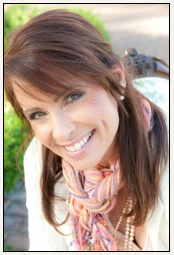