Me, Mother of the Year?

“Me, Mother of the Year?”
By: Micca Campbell

I struggle with being a godly wife and mother. I suppose that’s why God called me to Proverbs 31 Ministries—to teach me how to live out the desire of my heart. I really want to be the best I can be, but my efforts to become this “ideal” woman can leave me grieved and depressed.

I felt especially defeated the year my youngest son started kindergarten. In Tennessee, kindergarteners follow a scattered schedule the first two weeks of school. On Monday half of the children go to school and the other half stay home. Then they switch. Supposedly, this helps the students and teacher adjust. I’m not sure who came up with this ingenious idea but it rocked my world.

Parker was scheduled to begin school on Tuesday. We started off well. I took him to school, kissed him good-bye, and headed home to a kid-free house. “Finally,” I thought. “All three children are in school. I can get some work done.”

I was busy at the computer when the telephone interrupted my pace. “Hello?”

“Mrs. Campbell, this is Parker’s teacher. It’s after noon and I was wondering who would be picking him up from school today?”

Stunned that I had forgotten to pick up my own child, I jumped in the car and… 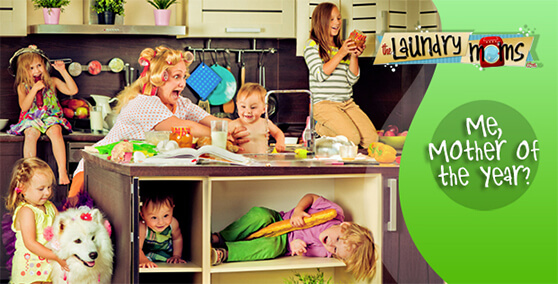 …raced to the school. There he stood on the sidewalk holding his teacher’s hand with big ole crocodile tears in his eyes and REJECTION stamped across his heart. I took him home, apologized profusely, and made his favorite meal for dinner. I felt like the worst mother ever. Nothing I could do from this point on would be as horrible as this. Nothing!

Thursday, we returned to school. All was going well until I was, once again, interrupted by the phone. It was Parker’s teacher. I had forgotten to pick up my child not once, but twice in the same week! I just knew this was going to show up on his psychological record someday.

Not stopping to put on my shoes, I jumped in the car and sped to school on two wheels. This time he was standing with the room mom. He wouldn’t even look me in the eye. The room mother, who was obviously a true Proverbs 31 Woman, helped him bucked his seatbelt while I tried explaining myself.

“You’re not going to believe this, but that crazy schedule has me so confused that I did the same thing earlier this week.”

“Yeah, I know.” She replied bluntly.

Having been labeled a “bad mother” by the first week of school left me feeling like a complete failure.

Through it all, I learned something. God has a sense of humor because, later that same year, ParentLife magazine named me one of eight “Mothers of the Year!” Go figure? Parker’s reaction to this surprising news was, “If they lived with us for a while, they’d probably reconsider.”

Those were my thoughts exactly. In fact, I asked my husband how I could be given such a great and undeserving honor. With wisdom, he shared that maybe it was God’s way of saying I’m doing better than I think.

His sweet statement helped me put things into perspective. God never said I had to be perfect. That was my expectation. He never said that I wouldn’t make mistakes or a wrong decision every now and then. Again, that was my hope. I had assumed that the Proverbs 31 lady did everything right and I was suppose to as well. The problem was, with all her great accomplishments, I never considered her “not so good” side. Like me, I’m sure she had one.

Sometimes I let the bad out weigh the good and become plagued with “mommy guilt.” Perhaps the “Mother of the Year” award was God’s way of saying, “Hang in there. You’re doing better than you think, and I’m not the only one who notices.”
Though I sometimes feel inadequate as a mother, perhaps my children will some day – despite my mistakes – arise and call me blessed.

The next time you need encouragement as a mom, let God whisper to your heart: “I hear when you pray for your children, and I’m there when you teach them about who I am. I watch you love, care, and sacrifice for them, and when you do fail, you’re not too proud to ask for forgiveness. Hang in there. You’re doing better than you think.” 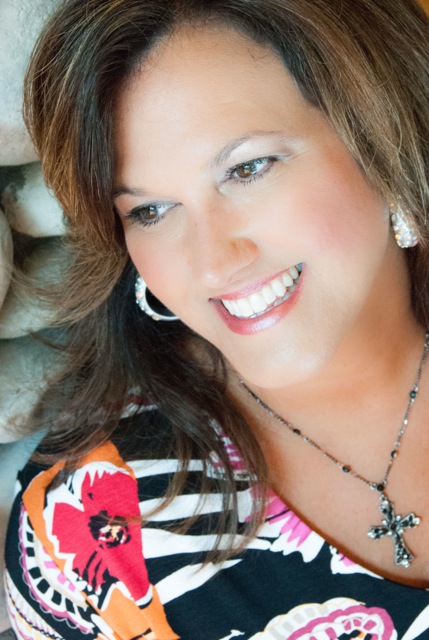 Micca Campbell is a national speaker with Proverbs 31 Ministries. She is the author of, An Untroubled Heart, and is currently working on her new book, Empowered Woman. Micca also writes regularly for Encouragement for Today daily devotionals. To the surprise and amazement of her children, Micca was named, “Mother of the Year,” by Lifeway Parenting Magazine in 2004. She is directionally challenged, a rock-star in the shower, afraid of bugs, and the girl whom Jesus loves.