The worst rut of all to get trapped in is to be unhappy, but not unhappy enough to do anything about it. This is called lukewarm living; and there’s nothing good about it. The Lord doesn’t like lukewarm. In fact, He says in scripture, “because you are lukewarm, and neither hot nor cold, I will spit you out of My mouth.” (Revelation 3:16).

I love coffee, but I never … 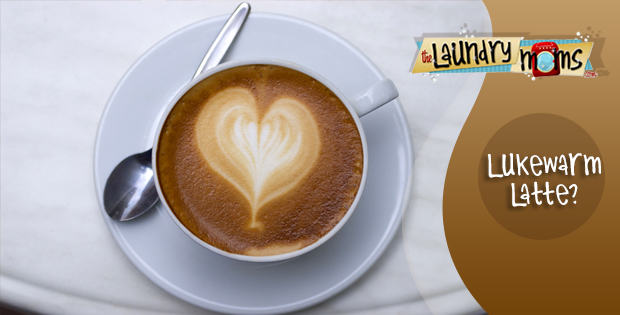 drink it in one sitting. I’m usually so busy during the day that my cup of coffee gets sipped and then it sits for a while. I warm that one cup up in the microwave at least six times during the first part of the day. That’s because if I take a sip and it’s lukewarm, it’s pretty darn nasty. I like it hot, or very cold, too. Especially in the summer months, nothing peps me up quicker than a frozen coffee latte. Yummy! But lukewarm coffee? Gross!

Lukewarm living is just as gross. It’s a yucky place to be in life because there’s no intensity, no fire, no motion. It’s just the same thing, day in and day out. Nothing motivates you or inspires you. I would rather a mom be down and out and ready for change, instead of just existing. Get hot! Get cold! Do something!

God did not put you here to just take up space. He gave you a divine purpose, but it’s up to you whether or not you get up the gumption to live it. Living a hot life takes incredible force and energy. It’s means pushing against the forces that are telling you, “Why bother?” You bother because it’s worth it! You’re supposed to be living, moving, growing! Failure is not the enemy here. The enemy is never having the guts enough to try. Go ahead and be unreasonable. Set crazy goals and go after them. Live each moment as if you may never have it again. Be so grateful that your heart feels like it’s going to explode. Cry, laugh, LIVE! And no more lukewarm living!