Labor Day weekend signals the end of summer which is usually celebrated with a road trip or a day at the beach, pool, a park, or just hanging out with family and friends.  If you need a few family-friendly movie suggestions, I’ve put together a variety of films (old and new) that will entertain all ages while you say goodbye to summer and hello to fall! 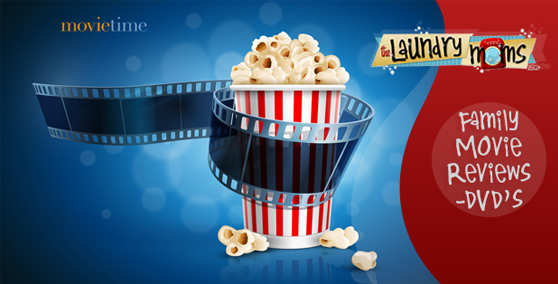 “Cinderella” (2015)  – PG – When Ella’s father unexpectedly passes away, she is forced to do servants work for her cruel stepmother and step-sisters. Cinderella never gives up hope and soon her future is changed after meeting a handsome prince and a wonderful Fairy Godmother.

This is a perfect movie for the child in all of us that loves to be entertained with fairytale magic!

“McKenna Shoots for the Stars” (2012) – G – From the American Girl series, McKenna comes to life in this modern-day adventure about a determined gymnast who must focus on her strengths to overcome challenges and find a way to believe in herself again

“The Parent Trap” (1998) – PG – Identical twin girls are separated at birth after their parents divorce and decide to raise each child without knowing about the other twin. They discover their secret by accident when they attend a summer camp. The two girls plot to get their parents back together, so that they can be a family again.

“The Astronaut Farmer” (2007) – PG – A retired NASA astronaut dreams of traveling in space and embarks on a plan, with the help of his family, to build his own rocket, despite the government’s threats to stop him.

“Secondhand Lions”  (2003)  – PG – Walter is abandoned by his mother to live with his eccentric great-uncles during the summer while she finds a job. At first, Walter is depressed, but soon he finds love and acceptance from his uncles and discovers an amazing secret that involves, gold, money, a lovable lion,  and an incredible adventure!

“The Big Green”  (1995) – PG –  A team of misfits and underdogs learns to play soccer and become champions while building self-esteem, making friends and solving a variety of dramatic family crises.

“When the Game Stands Tall” (2014) – PG – A true story based on the legendary football coach Bob Ladouceur who takes his De La Salle High School Spartans from obscurity to a 151-game winning streak that shattered all records for any American sport.

“Remember the Titans” (2000) – PG – Based on a true story about a black coach who’s hired as the T.C. Williams High football coach over a white coach in Alexandria, Virginia in the early 1970’s, and how the team comes together to not only win, but lay aside their differences to unite as one.

‘The Sandlot” (1993) – PG – A coming-of-age family film about a group of boys who spend the summer of 1962 learning about life, each other, girls, and how to play baseball. This is a hilarious classic every kid needs to see!

“The Rookie” (2002) – G – Based on a true story of a baseball coach/teacher in a small Texas high school, who finally gets his chance to play in the major leagues, after his team wins the playoffs.

“McFarland” (2015) – PG – Based on a true story about a high school Latino track team who learn what it takes to overcome obstacles, achieve the impossible and win a track championship, because of their coach who believed in them. This is a must-see movie for all ages!

“Yours, Mine and Ours” (2005)  – PG – Helen and Frank are former high school sweethearts who reconnect at their high school reunion. They fall in love, immediately get married, then have to learn how to blend their large families who don’t like each other. Great family film for kids and teens.

“Cheaper by the Dozen” (2005) – PG – The Baker family of 12 kids and spouses, takes a family vacation to relax at a lake, but finds themselves in rival competition with another large family. An hilarious comedy for all ages to enjoy!

“Flipper” (1996) – G – This is a great remake of the 1963 movie about the beloved dolphin Flipper and the boy who befriends him. An all star cast make this a great family film that will appeal to all ages.

“Flicka” (2006) – PG – Young Katy claims a wild horse as her own — an effort to prove to her father that she is capable of one day taking over the family ranch.

“A Gift Horse” (2015) – G – Amanda loves horses and spends most of her days on a wealthy neighbors ranch, helping tend to his horses. When the man’s spoiled daughter rejects their new horse, Amanda gets to proves that Misty is a true champion.

“Perfect Summer” (2013) – PG – A boy is uprooted from Chicago by his single mom and moves to a small surfing town where life isn’t always easy.  Tired of feeling like an outcast, Jake learns to surf and face his fears.

“High School Musical” (2006) – G – This is a romantic-comedy-musical about high school life, basketball, and of course, a musical. It’s funny, entertaining and fun to watch!

“Beyond the Mask” (2015) – PG – Beyond the mask is a family-friendly action-adventure-romance, set in the days of Benjamin Franklin, about a mercenary who is on the run to prove his innocence, defuse a plot of historical proportions and fall in love.  I highly recommend Beyond the Mask!