It’s Time to Do Something!

I could not tear my eyes away from the television screen as the 33 miners began to emerge from the depths of what could have been their mass grave. The men had been trapped for more than two months in the collapsed Chilean copper mines nearly half a mile underground. Everything I have read or heard about the tragedy is extraordinary.

The miners survived the early days by rationing food and working together as a team. Each man was assigned a job, one of which was to maintain peace and harmony until they were rescued. The selfless mining supervisor who insisted on being the last to leave his underground prison showed the world what it really means to put others first. I was amazed at the selflessness of the rescue worker who became the initial guinea pig for the rescue capsule and then chose to stay behind – alone – while the world celebrated above.

I wonder how long it will take us to…

How long will we remember that the world came together to save a group of strangers? Will the powerful lessons of their rescue make any difference in the way we treat each other?

We all know what it is like to be trapped in a pit of some kind. It is probably not a collapsed mine, but pits are all basically the same.

Our world has collapsed under the weight of fear and pain.

No one seems to care. In fact, a lot of people have written us off as a lost cause.

People are too busy to recognize or understand our hopelessness.

We are wounded, sick and tired.

Civil war rages in our soul as we struggle to obey God instead of giving in to sin.

I truly believe that every day is filled with divine appointments – opportunities to rescue people who are trapped in some kind of pit. We miss the emptiness reflected in the eyes of the sales clerk or simply choose to ignore the homeless man begging for money so that he can buy food. After all, we are in a hurry and have more important things to do. The sales clerk would probably be embarrassed if I said anything and that homeless man would probably just use the money I give him for drugs or alcohol.

The ringing phone is someone in need but we don’t care enough to answer. Our neighbor does not know God but her life is a mess and we really don’t want to get involved. Instead of taking action and doing what we know God wants us to do, we decide that it is enough to pray for that neighbor and leave the messy part of God’s work to someone else.

I am so guilty of walking away from someone in need instead of running to their rescue. I am in pain, too, and my pain is more important than theirs. I may not actually say those words but I don’t have to. My actions are blatant illustrations of my own egotism and self-absorption.

One day, just as rescue workers descended into that Chilean mine, Jesus Christ will descend into this broken world and rescue us from the pit of human frailty. Until then, let’s be His hands and feet. Let’s love Him so much that we just have to do something about it. 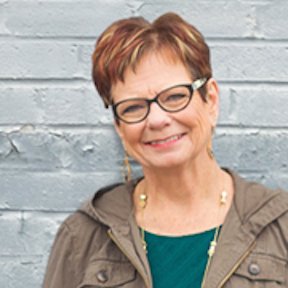 Mary Southerland is an author, international speaker, Founder of Journey Ministry, and Co-founder of Girlfriends in God. Her books include, Hope in the Midst of Depression, Sandpaper People, Escaping the Stress Trap, Experiencing God’s Power in Your Ministry, Trusting God and Knowing God by Name.

Mary’s heart passion is to help women discover and live out their God-shaped identity and purpose in life. Connect with her on her website, Facebook, and Twitter!