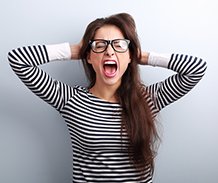 In a CRISIS? Put Your Faith in God!

“You want me to do what?” Janelle was confused, but trusting, as she heard the Holy Spirit speak. He told her to lay down her six-figure paying job and a promising career at an energy company to just stay home. In the natural, this didn’t make sense at all. Her husband’s business income had been sporadic and they just had their first child. The Holy Spirit then warned her to not make decisions out of fear over her finances. “I’m preparing you and your husband for future ministry, but your marriage is in the balance.”

Janelle didn’t know why her marriage was in the balance. She had a great marriage! And, both her and her husband faithfully attended, served, and tithed to their local church. She knew His voice, however, and knew to trust Him even when she didn’t understand.

…her husband’s business failed. She also discovered her husband’s addiction to painkillers, something that took hold that previous year following a painful shoulder surgery. They chose to pick up odd jobs between the two of them and continued to serve and give to their church despite their problems. It seemed as though they never had enough, but God had promised Janelle that He would provide as long as she trusted Him.

“Then everything went from bad to worse,” Janelle said. One thing led to the other and
Janelle’s husband fell into heroin addiction. On the outside, it looked like she was losing everything. On the inside, however, Janelle was comforted. She knew the Lord had gone
ahead of her and prepared her for crisis. She then gathered her pastor, mentors, and friends to conduct an intervention for her husband. In response, he agreed to get help and soon entered into a
Christian rehabilitation program.

“I learned to trust God in my crisis,” Janelle said. “He definitely proved Himself to be faithful.” By the time this was all over, Janelle and her husband ended up with a new home, a new agricultural business, a new church, and a revitalized marriage. Janelle also shared that her and her husband’s testimony has been a powerful ministry all to itself. Janelle’s journey and subsequent victory began when she heard and obeyed a specific word from the Lord.

If you’ve heard His Word and obeyed His Word, then rest assured that nothing will stop you from getting to your destination.

He never wastes a word

Jesus stood in a boat off the shore of Galilee and taught the multitudes until evening. He then told His disciples, “Let’s cross over to the other side” and they got in their boat(s) and left (Mark 4:35). You probably know the story, but a terrific storm emerged along the way making it appear as if they would capsize. The disciples panicked while Jesus slept peacefully in the stern of the boat. When they finally woke Him up, He commanded the storm to stop and then rebuked them for their lack of faith.

How did Jesus so easily muzzle the storm? And why did Jesus rebuke His disciples instead of comforting them in their panic? It’s because Jesus never wastes a word. When He said, “Let’s cross over to the other side” that was not just a casual statement. That was a prophetic word! He prophesied to their destination because there was a divine
appointment waiting for them on the other side of the sea. They were actually on course to deliver the demonized man of the Gaderenes, which would explain the demonic source behind the storm.

Storms in life will come and they will come in the form of a crisis. One crisis comes because you’ve obeyed the Lord and the thing that’s buffeting you in the natural has a demonic source behind it. The way through this crisis is to prophesy to your God-ordained destination. You also command demonic obstacles and hindrances to be removed (Mark 11:23) and remain steady and persevering until you arrive where He said you would be going.

Another crisis comes because we’ve disobeyed the Lord. This is what happened to the prophet Jonah after he ran from his God-assignment to confront the Ninevites. He too entered a storm on the sea, was tossed out of his boat, and then swallowed up by the whale. The spiritual source behind this storm was God Himself and the way out of this crisis is through repentance. Jonah did that and was spit out by the whale onto the shore having been humbled under the mighty hand of God.

My point is that we will not avoid life’s storms. If your crisis came because of obedience, remember who your God is. He makes roads through rivers and He will make a way for you.

Don’t know what to do? Get on your face!

Moses was having a crisis in his leadership. Korah, a Levite, had just led 250 leaders to challenge Moses’ God-given authority before the entire assembly of Israelites. Korah then accused Moses and Aaron by saying, “You take too much upon yourselves, for all the congregation is holy, every one of them, and the Lord is among them. Why then do you exalt yourselves above the assembly of the Lord?” (Num. 16:3) It was a classic case of the guilty accusing the innocent of his own misdeed, but a hostile takeover looked imminent. Moses, a man more humble than any other man, reacted in an unusual way. He fell down on his face and sought the Lord.

In a crisis, don’t just stand there and cry. Cry out to God! He does not ignore you. He is with you and will answer you!

While on his face before the assembly, Moses heard the wisdom of God. He then spoke to Korah and his company of rebels saying, “Tomorrow morning the Lord will show who is His and who is holy…” (Num. 16:5) Here we see how far God is willing to go to protect His faithful and humble leaders. In a tremendous display of power, the Lord removed every single one of Moses’ dissenters. Not one was spared! Moses didn’t have to solve his big problem that day. When facing a crisis, he simply got on his face.

Your crisis will reveal your heart towards God

My husband stood before our congregation one Sunday conspicuously holding a tube of toothpaste. As he looked through the crowd, he proceeded to squeeze the tube until it’s contents oozed out. He then said quite humorously, “When life begins to s-q-u-e-e-z-e you, we will know exactly what’s in you.”

Isn’t that the truth!

Jesus gave us the keys on how to live through any crisis that comes our way. He said the
person who hears and does His Word is a wise person who will remain standing in the fiercest of storms (Matt. 7:24-27). On the other hand, a person who ignores His word will fall – they will not remain standing — and it will be a “great” fall (v. 27).

A crisis reveals our heart commitment to God. Do you remember Job’s wife? When crisis hit, she angrily challenged Job to “curse God and die” because of all their calamities (Job 2:9). Job refused to deny the Lord in the worst of circumstances and his fame has remained to this day. His wife, however, has been nearly forgotten. We don’t even know her name!

When crisis hits you and life turns upside down, put your trust in God! He will reward the faithful. He doesn’t forget those whose hearts have remained steadfast towards Him.

Your crisis will catapult you

A catapult is an ancient weapon of warfare designed to launch projectiles at great distances. What makes a catapult effective is that works through tension. It is the TENSION that creates the force to launch a weapon effectively.

Are you in a crisis? Are you feeling a lot of tension? Know this — There is a divine purpose in your tension because you’re going to be catapulted! You are getting launched as a finely tuned weapon into something greater than where you are at right now. Don’t break down under tension, but rise up in worship to God. The Holy Spirit is reminding you that those who overcome will lead the nations (Rev. 2:26). There is a message in your mess and you will rise up to tell your message to the masses. 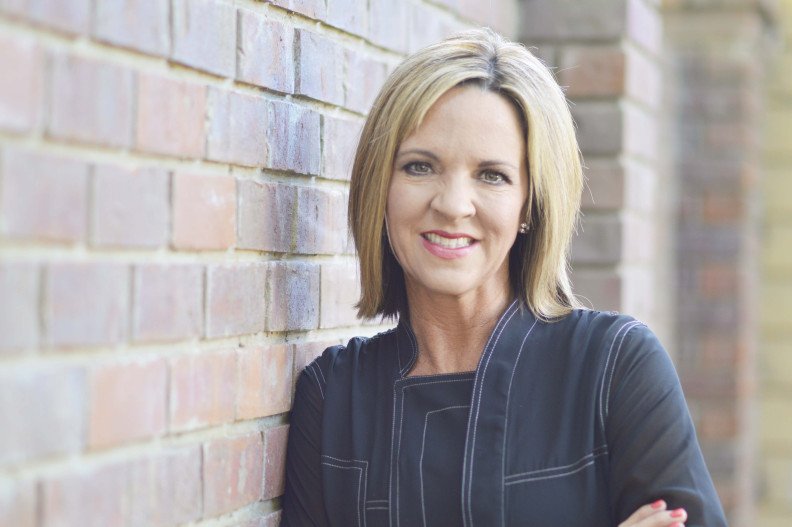 Jennifer Eivaz is a vibrant minister and international conference speaker who carries the wisdom and fire of the Holy Spirit. She presently serves as an Executive Pastor with Harvest Christian Center in Turlock, California, and is focused on raising up a passionate and effective prayer community that is tempered with love and hears the voice of God accurately. Jennifer loves the Presence of God and is a prophetic voice to her church and to others. Her teaching style is authentic and aimed at the heart, having been built on her personal testimony of God’s incredible goodness and miraculous display in her life and in the life of her church. Jennifer is a graduate of Oral Roberts University in Tulsa, Oklahoma. She is married to HCC’s Senior Pastor Ron Eivaz, and they have two wonderful children. She’s a featured writer for several online publications including the Elijah List and Charisma Magazine. She’s also written a book titled The Intercessors Handbook.