I Had a Bad Day 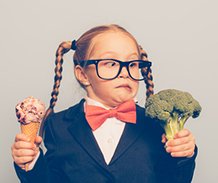 I Had a Bad Day

Last week I had a bad day. I mean it was one of those days that you burst into tears at the end of it and then laugh hysterically for no reason. I homeschool three young kids, I foster puppies with a local rescue and they gave me two this time around, my husband works about 14 hours out of the house every weekday, and I had overbooked myself that day. I was running around with my kids in tow trying to get a SIM card for my mom’s mother’s day gift and ended up on the phone for way too long arguing to get money back from a company I never authorized to charge me. I opened the mail and saw that my insurance rates had jumped up because I asked them to move the date that they take the payments out by four days. My library books were overdue and I had literally driven by it twice but left the books at home.

When my husband finally got home…

I went to Walmart on the advice of my phone company to get the SIM card I still hadn’t gotten, only for them to tell me they couldn’t sell it to me. I walked the junk food isles staring at all of the food that used to make me feel better for a split second and then I left the store with a case of Pellegrino water. When I got home I saw that the kitchen needed to be cleaned…again…so I loaded the dishwasher and cleaned up, took the dogs out, put their eye drops in for an infection, then put them to bed. The last thing I needed to do was turn on the dishwasher and go downstairs to hang out with my husband. I pressed the button and…nothing. It was broken; again.

I’ll be honest, I nearly screamed in the middle of the kitchen. I went to the freezer and grabbed a pint of (on plan!) ice cream that I had stored for such a time as this, grabbed a pack of my favorite stevia sweetened gummies, and headed downstairs. I glanced at the couch and saw my journal and Start Today journal that I hadn’t filled out yet (I usually do it in the mornings) and I burst into tears over having One. More. Thing. To do.

So I ate half of the pint of ice cream even though that’s way too much for a single serving and I ate my gummies and that was my dinner but you know what? That’s progress. A year ago I would have loaded my cart with garbage and eaten it all that night as though stuffing my face would make me feel better. It never actually did. The morning after my bad day I woke up guilt-free and just as thin as I had been the day before. There was no massive bloating or wanting to beat myself up. Sure I ate more sugar-free ice cream than I needed to but that’s what those pints are there for! You NEED an emergency stash of on plan goodies for when you just have a really bad day. It happens to everyone but you don’t have to let it derail your success. Here’s to a GREAT day, today friends!