Menu
FaithFamilyFamily
Holly on Hollywood – I Am Not Ashamed 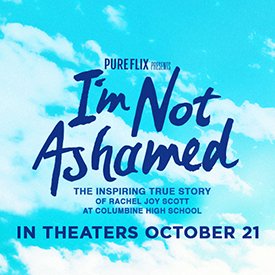 “I Am Not Ashamed”

“I Am Not Ashamed” is based on the life story of Rachel Joy Scott (Masey McLain) who was the first student to be killed during the Columbine High School shooting on April 20th, 1999. The story focuses on Rachel’s life leading up to the shooting, showing the trials and tribulations Rachel faced as a teenager, the high school bullying that led to the horrific climax and the stand Rachel took, because of her faith. Ben Davies, Sadie Robertson, Korie Robertson, Jaci Velasquez, and Jennifer O’Neill also star.

The PG-13 is for mature themes about… 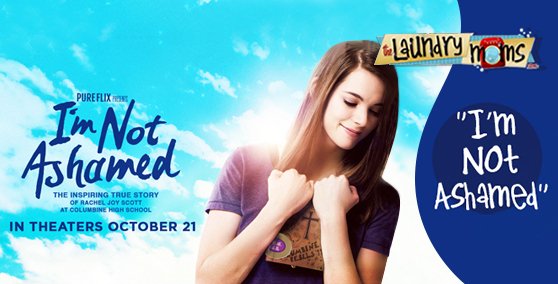 …bullying, teen drinking and smoking, suggested sexual situations and the massacre committed by senior students Eric Harris and Dylan Klebold, who murdered 12 students and one teacher. But the main focus of the movie is about Rachel’s struggle with real issues that face many teens, based on excerpts taken from her journal. Her battle with dating a non-believing boyfriend, her disdain for school bullies, her struggle to stand for her faith while being ridiculed from friends and her love of God that ultimately, gave her courage and purpose. I encourage everyone to see this powerful, well-told story of faith, that will impact young people to adults. Rachel prayed, “Father, use my life to touch the world and let your light shine through me.” Judging by the lives that have already been changed and the ones that will be from seeing this movie, her prayer has been answered!