How to Keep from Embarrassing Your Grown Child Part 1

Are you ever accused of embarrassing your children?

I’m not talking about embarrassing middle-school or high school-age children. All we have to do is show up, or simply breathe and exist and that happens.

I’m talking about when we cause our young adult children to become annoyed or worse yet, embarrassed just by being ourselves.

Call it a generational thing, but chances are your parents did the same thing to you. Aging is tough. It’s especially difficult when our actions or our reactions to our children’s opinions sound exactly like our own parents’ reactions to us back in the days when we thought we were so cool.

It’s time we learn to…

…step back, take ourselves out of the equation, and look at life through the lens of our grown children so we can be more of an inspiration, rather than an irritation. I’m not saying all of these suggestions came from personal experience, but here is what I’ve learned (from my own daughter and her myriad of friends) about how to keep from embarrassing your millennial-age child:

Apparently, when you and I put words to our observations we are “judging” someone, according to our grown children. It may be the last thing on our minds to sound critical, or worse yet, judgmental, and yet that is not only their generation’s buzzword, but it’s their default perception. Say something unkind, you are judging. Let me take that a step further: Say anything not sounding like praise, and you are judging.

Instead of verbalizing it when you think someone is wearing something outrageous, immodest, or inappropriate, or even laughing at someone you think is funny (and didn’t laughter used to be a compliment, rather than a curse?) just keep it to yourself. Proverbs 21:23 says “Those who guard their mouths and their tongues keep themselves from calamity” and in this case, from embarrassing their adult children. In the words of Thumper from the Disney movie “Bambi” (and apparently a phrase every millennial is aware of): “If you can’t say something nice, don’t say anything at all.” (By the way, I cleaned up that sentence in order to be grammatically correct, not to judge the writers of the Bambi script.)

Your political views, religious convictions, social commentary, and so on is going to be different, outdated, and possibly even more annoying than your children’s. It doesn’t mean you are wrong and they’re right or vice versa. It just means the two of you think and express yourselves differently. You see things differently. You interpret them through a different world view. You express them differently. So does your grown child. This gets especially sticky when it comes to defending your views. Often you are talking about the same or similar viewpoint but your choice of words may include some buzzwords that trigger in them a sense of intolerance, hatred or (dare I say it again?) judgment.

I used to think I had to interject my Christian values into every conversation, but I’ve learned to trust that if I raised my child according to biblical principles, I must rely on the Holy Spirit to convict her heart and reveal truth to her, just as I must trust the Holy Spirit to do the same in mylife. Instead of reacting to statements that may sound erroneous and uneducated or downright “too liberal,” thank God for your children’s differences and abilities to think on their own and ask that God will shine His light through them. (God can use way more than you think He can and in ways you might have never guessed.)

It’s true that when you’re paying for a meal, a “tip” is to reward someone for excellent service. But our grown children believe that we have a sense of entitlement and are downright rude if we don’t reward others simply for waiting on us, regardless of whether our expectations were met. Although you and I rarely mean any disrespect, to our grown children, our requests come across as complaints and our complaints translate to  ingratitude. Many of our children have friends in the service industries and tend to be more sensitive and compassionate to their friends’ plight than we are. Because companies set policies and not the employees, our kids believe we should extend grace, not argue with or complain at the people who are simply doing their jobs, and always give a generous tip.

Next time you feel you got substandard service or didn’t get the discount you believe you should’ve, use the opportunity to give your server or cashier the benefit of the doubt and practice graciousness for the sake of your child who is watching (and quite possibly judging) your behavior.

Do you remember being embarrassed, if not horrified, by the racial comments of your parents or their friends? We forgave it by chalking it up to their generational ignorance: “Dad, don’t you realize that is racist?” or “Mom, that is a racially-stereotypical assumption!” Now, apparently, we are just as racially insensitive as our parents were, but we express it in more subtle ways, or don’t notice it at all until we are called out on it.

In talking with a group of millennials about how their parents embarrass them, most said their parents often refer to people’s nationality or race unnecessarily. Millennials are better than anyone else in seeing one another as people, rather than people groups or nationalities. They describe or refer to each other by their talents, abilities, positions, titles,  or color of clothing, not by what they look like or where they are from. Whereas we tend to ask “What nationality is he?” out of curiosity or add racial clarifications without thinking about it (“A really nice Hispanic woman helped me with it”), it wouldn’t occur to our children to include one’s race in their conversations or descriptions of people. Be aware of how many times you refer to race or nationality when you describe someone, make verbal observations, or ask questions. It may help you become more racially sensitive and begin to see the world as your children do.

(Watch for “4 More Ways to Keep from Embarrassing Your Grown Child” on Oct. 2)

Cindi McMenamin is a pastor’s wife, mom, Bible teacher, and national speaker who has hopefully not embarrassed her adult child as much as she fears she has. She is the author of several books including the best-selling  When Women Walk Alone (more than 130,000 copies sold), When a Woman Overcomes Life’s Hurts, When a Mom Inspires Her Daughter,and  Drama Free: Finding Peace When Emotions Overwhelm You. For more on her speaking ministry, or books and resources to help you grow in your relationship with God, your marriage or your parenting, see her website: www.StrengthForTheSoul.com. 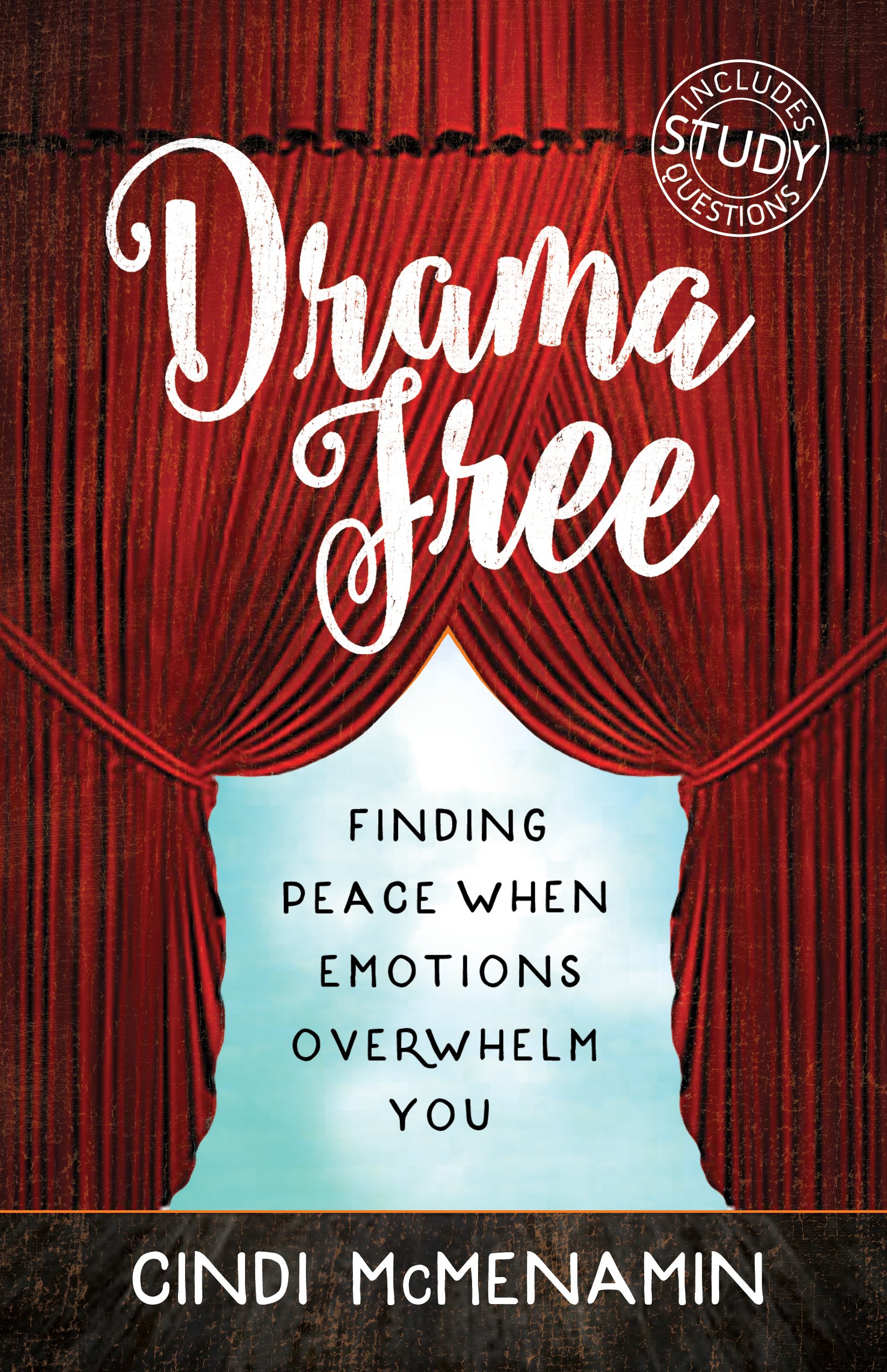