Holly on Hollywood – War For The Planet Of The Apes 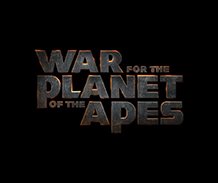 War for the Planet of the Apes” is the third in the sci-fi/action series about the ape leader Caesar (Andy Serkis) and his troop of apes who are forced into a deadly battle  with an army of humans led by a ruthless Colonel (Woody Harrelson).  When Caesar loses his family because of the Colonel, he sets out to avenge their deaths and the journey brings him face to face in an epic battle that will determine the fate of both their species and the future of the planet.

The PG-13 sci-fi action is best for mature pre-teens to adults because of the language, some disturbing images (like apes hung on crosses), fight scenes, violence and explosions. There are themes of slavery, revenge and the emotional complexities dealing with Caesar resisting his darker impulses after losing his family. Then there’s the whole apes-vs-humans dilemma that has you empathizing with the apes….

…their plight and rooting for them more than the humans. That’s due in large part to the fantastic performance by Serkis and his incredible performance capture (technology that records the movement and facial expressions of human actors then digitally renders them to create the character) that adds a human quality to Caesar.

If you want to understand the whole back story and catch characters etc. that are introduced in this movie, I suggest watching the first “Planet of the Apes” (1961). It will not only make you empathize a little more with the human plight but will actually make you appreciate just how far CGI and special effects have advanced, since the first film.