Top Movies to See and Not See

by “Holly on Hollywood”

Happy New Year!  Here’s a list of movies that are currently in theaters, with brief descriptions to help you choose your movies wisely! 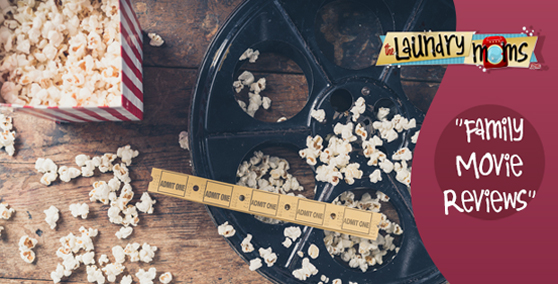 1)    “Alvin and the Chipmunks: The Road Chip” (G – For bathroom humor, adult parties with scantily clad women and mature music – not exactly Disney) The boys get into trouble when they believe Dave is going to propose to his new girlfriend and they try to stop him.

2)    “The Peanuts Movie” (G – Good for the whole family!)  The Peanuts gang is back in 3D as Charlie Brown goes on a heroic quest along with his trusty dog Snoopy.

3)    “The Good Dinosaur” (PG for action and intense scenes with death of a parent) – Arlo goes on an epic journey with a new friend to find his family after he’s swept away in a storm.

4)    “Goosebumps” (PG for creepy looking monsters and intense chase scenes) – A teenager finds trouble when he visits his next door neighbor and accidentally let’s monsters escape from her father’s books…her father is R. L. Stine.

5)    “The Hunger Games: Mockingjay-Part 2” (PG13 – intense action and some violence) The second half of the book series that brings closure to Katniss and her journey with the revolution.

6)    “Star Wars: Episode VII – The Force Awakens” (PG-13 for sci-fi action and war-time violence with no excessive bloody scenes) A new trilogy that brings back Han, Chewbacca and Princess Leia, to unite with Rey, Finn and Poe. All join to fight for the resistance against The First Order and evil Kylo Ren.

7)    “The Martian” (PG-13 for language and brief rear nudity showing weight loss) A NASA astronaut is accidentally left behind on Mars and has to discover a way to live until he can be rescued. One of the best movies of 2015!

8)    “Joy” (PG-13 for mature themes of family conflict, dysfunction, sexual references but no sex or nudity, some language) Is based on the true story of the life of Joy Mangano, a single mom whose invention saves her family. An intense, emotional, human comedy, that defies genre to tell a story of family, loyalty, and love.

9)    “Creed” (PG-13 for fighting violence, language, and suggested sexual situation with woman in underwear) Rocky trains Apollo creed’s son and prepares him for a fight that will change both of their lives. A great movie with an uplifting and redemptive message.

10)  “Concussion” (PG-13 for language, scenes of traumatic injuries from football, mature themes) Based on the true story of Dr. Bennet Omalu, a pathologist who uncovers the truth about brain damage in football players who suffer repeated concussions.

11) “In The Heart of the Sea” (PG-13 for intense action) In 1820, crewmen face a harrowing battle for survival when a giant whale attacks them. Their incredible tale ultimately inspires author Herman Melville to write “Moby-Dick.”

12) “Bridge of Spies” (PG-13 for some violence and brief strong language) Set during the cold war in 1962; Steven Spielberg has captured the angst and immediacy of a prisoner exchange between the Soviet Union and U.S.  Slow plot that’s more for mature audiences.

13) “The Revenant” (R for strong frontier combat and violence. Bloody images of man after a bear attack, a brief implied sexual assault, language and brief nudity) Inspired by true events based on legendary explorer Hugh Glass who was brutally attacked by a bear and left for dead, only to live and travel over 200 miles to get revenge on the man who left him. Epic adventure of survival and the extraordinary power of the human spirit. Lengthy and for mature audiences only.

14) “The Big Short” – R for lots of strong and crude language, vulgar sexual references, strippers, nudity, extreme widespread fraud and corruption. Four outsiders in the finance world see the credit and housing bubble collapse and take on the big banks for their lack of foresight and greed.

15)  “Daddy’s Home” – (PG-13 for crude and strong language, adult themes, suggestive content, sexual anecdotes, bullying) A kindhearted stepfather is challenged when the absentee father suddenly shows up wanting to be involved in his kid’s lives again. This is NOT kid-friendly or family friendly. It is offensive and inappropriate for children and adults. It’s not as funny as the trailer makes it look.