The Young Messiah is a story about Jesus told from a completely different perspective. It follows a seven year old Jesus (played by Adam Greaves-Neal) and his journey from Egypt to Nazareth with his parents Mary (Sara Lazzaro) and Joseph (Vincent Walsh), as He comes to understand His divine nature and purpose.

The story begins with… 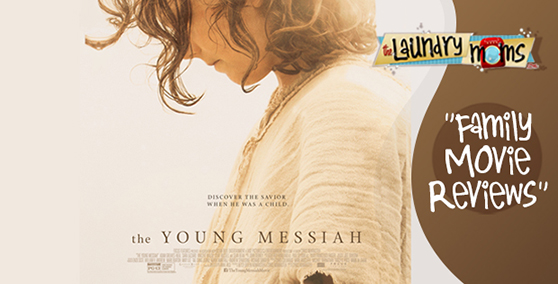 …Jesus being bullied by another boy and continues with constant, believable danger and narrow escapes, that bring an urgency throughout the movie.  As Mary and Joseph travel with Jesus and he grasps who and what he is, they are faced with protecting God’s gift to the world from more than just Roman soldiers pursuing them. Sean Bean also stars.
Director and writer Cyrus Nowrasteh based the original screenplay on Anne Rice’s historical novel. The PG-13 is for non-bloody or graphic violence, intense action and scenes of men hanging on crosses. Little Adam was chosen from among 2000 child actors all over the world and plays Jesus with a natural childlike purity that allows the audience to imagine how He must have been as a child – I wanted to hug him.
This isn’t another Hollywood sensationalized approach, but rather a theologically sound, thought-provoking, beautifully filmed and directed movie.  I enjoyed this unique glimpse of Jesus. There are scenes of healing, Jesus teaching the Rabbis, a talk between both parents and Jesus, etc. that give us a glimpse of what Mary and Joseph must have gone through as they keenly protected their precious son from both real and spiritual dangers.
The Young Messiah is a timeless, uplifting story for the entire family that will inspire all who see it!