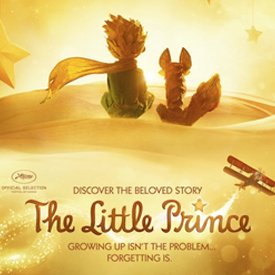 The Little Prince is an adaptation of the popular children’s book about Little Girl (Mackenzie Foy), who’s being prepared for a grown-up world by her single mother (Rachel McAdams). While her mother works, Little Girl befriends an eccentric but kind-hearted neighbor, The Aviator (Jeff Bridges), who takes her on adventures with his stories about The Little Prince, The Rose, The Fox and more. Paul Rudd, James Franco, Benecio Del Toro and a cast of others also star.

This PG family-friendly animated story is beautifully told with CGI, stop motion and a melodic score by Hans Zimmer. As The Aviator shares his stories with Little Girl, she slowly comes out of her shell and rediscovers her childhood, learning valuable lessons about 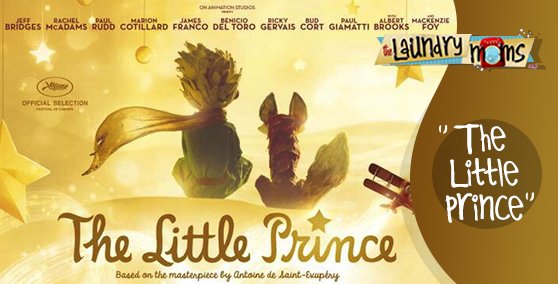 …relationships and what matters most in life. Although the book is beloved by generations of readers, it may be too slow for little ones and more for older children to adults. I enjoyed memorable lines like, “Growing up is not the problem, forgetting is” and “It is only with the heart that one can see rightly.”

There are layers of lessons to be learned in this children’s classic but one of my favorites, is that becoming an adult doesn’t mean giving up on dreams, whimsy, imagination love!