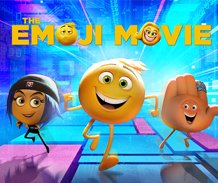 “Holly on Hollywood”
The Emoji Movie
by Holly McClure

“The Emoji Movie” takes place in two worlds. One with a human teenager, Alex (Jake T. Austin), who tries to be cool by sending a text to a girl he likes and the other in Alex’s phone. Textopolis is where we meet Gene (T.J. Miller) the “Meh” emoji who, on his first day on the job, messes up his face when chosen. Alex questions if his phone works and decides to erase it to fix the problem. Meanwhile, inside his phone, the Smiler emoji is the head of texting and decides to delete Gene because he failed. Gene escapes with Hi-5 (James Corden) and together, they search for the famous hacker, Jailbreak (Anna Faris), to help them reprogram Gene’s code to make him work before Alex erases his phone. Steven Wright, Jennifer Coolidge, Maya Rudolf also star.

The PG live action/animation is a kid-friendly adventure that…

…mostly takes place inside the world of a smartphone. There are a few emojis like “beer” and the use of apps like Dropbox, YouTube, Just Dance, Candy Crush, Facebook and old-fashioned emoticons (like “:)”) that will make adults smile, along with a few potty jokes about the “poop” emoji that kids will laugh at. Most of the action centers on Gene, Hi-f, and Jailbreak, running through the phone from the anti-virus robots trying to destroy them. I knew the reviews were bad and I expected the worst but honestly, it wasn’t that bad. These days kids play with their parent’s smart phones before they’re out of diapers, so most little ones will recognize the emojis and be entertained by the colorful world inside a phone. In the end, Alex gets the girl, Gene becomes a hero and Jailbreak falls in love with Gene and decides to become who she truly is, a princess. While “The Emoji Movie” isn’t as good as “Inside Out”, it’s still mindless fun for little ones with positive messages about teamwork, friendship, and being yourself. 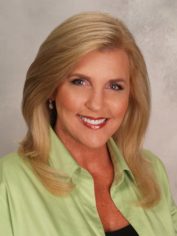 McClure is a multimedia personality with a career that spans over 20 years in the entertainment industry. Her background as a film critic, film and television producer, creative director, filmographer, radio and television host, author and pundit for family values, has established her expertise and made her a recognized advocate for family-friendly entertainment.