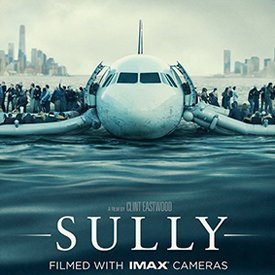 “Sully” is based on the 2009 true story of US Airways flight 1549 that was struck by a flock of Canadian Geese seconds after takeoff from New York’s La Guardia Airport. With both engines gone, Captain Sullenberger (Tom Hanks), along with first-mate Jeff Skiles (Aaron Eckhart), the crew and 155 passengers, lands the plane on the Hudson River.

All are safely evacuated and Sully is hailed a hero until he faces an investigation by the National Transportation Safety Board. Laura Linney also stars Clint Eastwood brilliantly directs this PG-13 heroic story of “the miracle on the Hudson”, emphasizing the integrity and humble spirit of an ordinary man, who achieved an extraordinary feat that had never been done before.  Even though I knew how the story ends, I was captivated by… 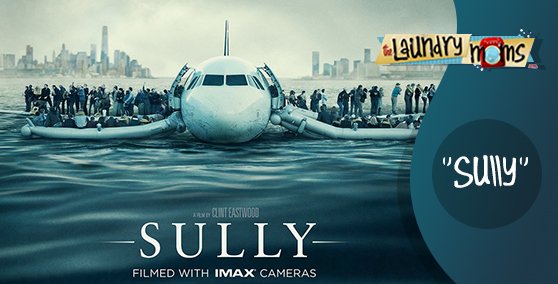 …the details of what happened inside the plane, the numerous scenes of how it landed in the water and the intense scrutiny and mental anguish that Sully endured afterwards (wondering if he could have saved the plane).

Hanks gives an impressive and honorable portrayal of Sully, filled with intensity and dignity. Kids and teenagers may not be as interested in the details as adults, who may remember watching it on television. But I was inspired by this movie and felt like applauding when the credits rolled and Sully, the real hero, is shown with his passengers from flight 1549.