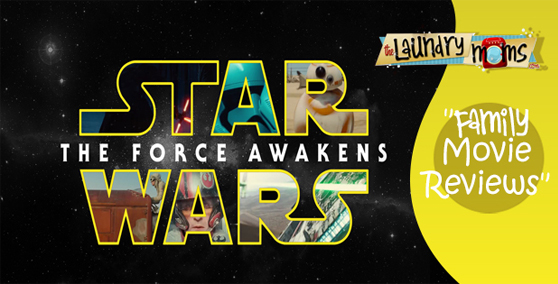 Star Wars: The Force Awakens is an exciting, spectacular movie in the spirit of the original trilogy. JJ Abrams and veteran co-writer Lawrence Kasdan have created an epic story that skillfully connects the original 1977 Star Wars characters and storyline, with a genius next-gen reboot 30 years later. Luke, Leia and Han, have been succeeded by a charismatic, talented trio. Rey (Daisy Ridley) is a scavenger on the remote planet of Jakku who rescues Finn (John Boyega), a former storm trooper who escaped his evil masters with the help of Poe (Oscar Isaac), the best fighter pilot in the resistance. Rey and Finn are the new heroes who join Hans (Harrison Ford) and Chewbacca to meet Princess Leia (Carrie Fisher), now a General and the warrior queen of the resistance.

The dark force is still menacing in the form of the First Order with Kylo Ren (Adam Driver) a kind of Darth Vadar-in-training with a black robe and creepy black mask, who is cruel and unpredictable, throwing tantrums and killing at will. There are actors you won’t recognize (Lupita Nyong’o and Andy Serkis), an assortment of loathsome space creatures (humanoid and not) and good ol R2-D2 and C-3PO who are joined by the newest and cutest co-star, BB-8.

The PG-13 rating is because of mature themes and battle sequences but there are no graphic-bloody scenes or frightening characters. This is a phenomenal epic with stellar special effects, gorgeous cinematography, exhilarating air battles, lots of cool lightsaber action, intense mind control scenes and lots of reminders of the original themes of good vs bad, with several plot twists that will shock and surprise you! The movie is best seen in 3D which makes the special effects way cooler and more fun.

The Force Awakens re-awoke my love of the first time I saw Star Wars in 1977. I was thrilled from the opening scroll to the last credit and clapped with glee when Han and Chewie came onscreen. I’m in awe that 38 years later, fans of the first movie can unite with a new generation to usher in a new Star Wars trilogy…may The Force be with all of us!