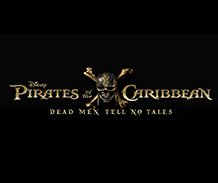 Pirates of Caribbean: Dead Men Tell No Tales reprises the role of the drunken Captain Jack Sparrow (Johnny Depp) for the 5th time. Along with his faithful crew and old friend, Captain Barbossa, Jack is asked to help Henry, the grown son of William Turner (think Orlando Bloom) find a mysterious island that will release the curse on his father. Along the way he meets Carina, an orphaned, self-taught astronomer who knows how to find the island. At the same time, a revenge seeking enemy of Sparrow’s, a ghoulish Spanish captain named Salazar (Javier Bardem) is hot on his trail. Geoffrey Rush Brenton Thwaites,Kaya Scodelario, Paul McCartney and Keira Knightley also star.

Aaaargghhh! This PG-13 adventure is best for older kids to adults with lots of ….

…sword-fighting, battle violence, burnt looking ghost pirates, super fake-looking ghost sharks, mature dialogue that will go over most kids heads (like a running gag about Carina claiming she’s a “horologist” (wink, wink) and lots of stunts, escape scenes, calamity (like pirates dragging a huge building by horse through town), a funny scene where Sparrow repeatedly avoids a guillotine’s blade as he spins around during a battle, a great cameo with a cheery Paul McCartney and a cool scene at the very, very, end of the credits (So Ahoy Matey! don’t leave!)  I also enjoyed hearing Salazar actually utter the title, “Dead Men Tell No Tales”.  I know critics have bashed this one but if you go expecting a fun popcorn adventure complete with a happy ending that ties up loose ends, it will leave you with a hearty Yo Ho Ho!
“Remember to Choose Your Movies Wisely”