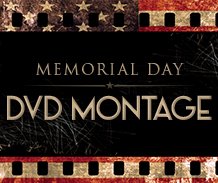 In honor of the upcoming Memorial Day weekend that kicks off the summer, here are a few movies that celebrate family and provide an entertaining escape for all ages with; a tropical trip to the ocean, playing baseball, hanging out with friends, a family motorhome road trip and a vacay to a lakeside resort!  And in honor of Memorial Day, I’ve included a few movies for adults to enjoy.
Check Out the List Below…

Moana (Auli’I Cravelho), the daughter of a chief on a Polynesian island, dreams of a bigger more adventurous life and has a mystical bond with the sea. She goes on a mythic voyage to find Maui (Dwayne Johnson), the disgraced demigod whose theft of a mystical stone put Moana’s island (and the rest of the ocean) in peril. The two stand against mythical sea creatures, a ship of rowdy coconut pirates and two monsters. Several songs like Moana’s “How Far I’ll Go” and Johnson’s “You’re Welcome”, are part of an engaging score by Hamilton creator Lin-Manuel Miranda. Moana is a perfect movie the whole family can enjoy together!

In the summer of 1962, a new kid in town joins the neighborhood baseball team and experiences new adventures on and off the field. This is the epitome of a summer vacation movie about a kids experience with playing baseball, the bullying and menacing dog that eats their balls, and the fun of flirting with girls at the pool. My favorite line is one that my grown children (who loved this movie when they were kids) still quote today,“You’re killing me, Smalls!” – which is applicable to just about any situation. It’s a classic all ages will enjoy!

The Munros are a typical dysfunctional family, complete with rebellious, uncommunicative children and well-meaning parents. Bob (Robin Williams) is a father who would like to get closer to his kids so he rents a motor home to take the family on vacation but soon finds that camping and trying to work, can have disastrous results. Robin Williams is hilarious and the antics he goes through to try and please his work and family, make for a funny movie the family can enjoy together.

Steve Martin and Bonnie Hunt are the Bakers (get it? A baker’s dozen?) who take their 12 children to for a relaxing summer at a lakeside resort. Instead, they end up engaging in a not-so-friendly rivalry that threatens to spoil their trip.

During the summer of 1979, a group of friends is making a movie when they witness a train crash and after investigating, discover there are unexplainable events that follow in their small town. They ban together to find a way to stop the alien before it destroys their town. Director J. J. Abrams made a classic for mature older kids and adults to enjoy. It’s like ET meets Goonies meets The Sandlot. The film-within-a-film the kids make at the end, is very funny with discussions about “production values”, etc. but it’s the friendship between them that’s the best part of the movie. Because of language, mature themes and an alien – it’s best for mature pre-teens to adults.

In remembrance of Memorial Day and the veterans who have served our country, I suggest three movies for mature teens to adults that are R rated because of language and wartime violence. These movies are excellent reminders of the gallant heroism men and women made, to protect our freedoms!

3)    Wind Talkers – A different kind of war story starring Nicolas Cage and Adam Beach, based on the true story of how U.S Marines in WWII were assigned to protect Navajo Marines, who used their native language as an unbreakable radio code.

Holly_McClureHolly McClure is a multimedia personality with a career that spans over 20 years in the entertainment industry. Her background as a film critic, film, and television producer, creative director, filmographer, radio and television host, author and pundit for family values, has established her expertise and made her a recognized advocate for family-friendly entertainment.

In 2002, Mel Gibson asked Holly to come to Italy and film the behind-the-scenes interviews for The Passion of the Christ. She produced a one-hour special, The Making of The Passion of the Christ (TBN, ION) and has since produced numerous press features for films like; Do You Believe, Dancer and the Dame, God’s Not Dead, The Frontier Boys, House, Thr3e, One Night With the King, Midnight Clear, The Visitation, Hangman’s Curse and others.