***Spoiler Alert: For those who haven’t read the book, I discuss the ending so that parents can be discerning concerning their young teens who may want to see this movie. Clarke has a large fan base from “Game of Thrones”.

“Me Before You” stars Emilia Clarke as Louisa (Lou), a cheerful, small-town girl with a quirky wardrobe and bright smile, hired to care for Will (Sam Claflin), a wealthy and handsome quadriplegic, paralyzed after being struck by a motorcycle two years earlier. Will has a hard time no longer living the active life he once lived and makes the decision to end his life by being euthanized in Switzerland. Lou is determined to change his mind by winning Will over with her wit, charm, zest for life and ultimately, her love.

The PG-13 drama is for mature themes about… 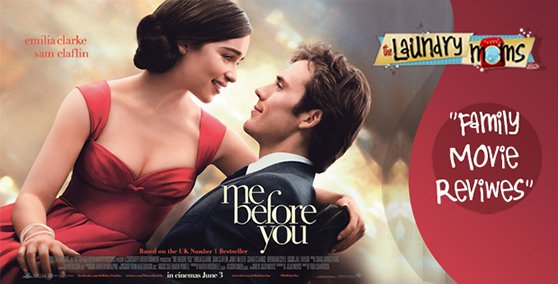 living with disabilities, suicide and implied sexual situations. Clarke is charismatic, stealing every scene with her beautiful smile and vivacious love of life. Claflin gradually goes from brooding cynicism to a charming, romantic lead who appears to be happy, until he comes to the end of the six months (of life) that he promised his parents. Sadly there is no spiritual belief or discussion of faith between the characters, so the audience is left with limited dialogue and a few clichés, about a serious topic that deserves more.

Faced with the choice to live a life of love with limitations or selfishly end his life of misery and pain, Will makes a choice that is both depressing and disappointing, leaving the audience with the idea that it is better to be dead than disabled. The films mixed message and ending, makes for a great discussion afterwards. And for those who know who Joni Eareckson Tada, her testimony of faith and how it helped her live life as a paraplegic, strongly makes a case for choosing life!

2 comments on “Holly on Hollywood-Me Before You”