“Max Steel” is based on the Mattel line of games and toys aimed at older kids and tweens, that came out in the 90’s and turned into comic books, video games and animated films.  Max (Ben Winchell) is a shy 16-year-old who returns to the hometown of his father with his widowed mother, Molly (Maria Bello). Max attends a new school, befriends the “cool” Sophia (Ana Villafane) and learns about the mysterious past and death of his scientist father, who was partners with Miles (Andy Garcia) who now runs their company. 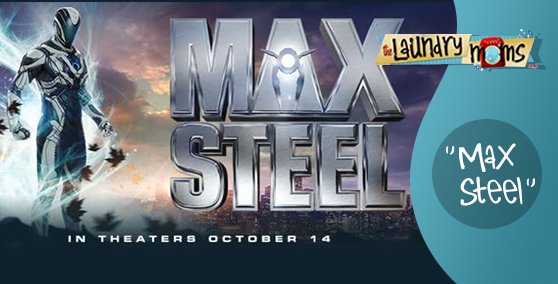 …strange energy in his hands and powerful things begin to happen. He meets a small alien orb named Steel (voiced by Joshn Brener) that humorously looks after Max and reveals he was a friend to his father. Steel teaches Max how to control his powers that include: shooting streaks of liquid energy from his fingertips, making a suit of body armor appear and disappear, flying, fighting and so much more. Steel trains Max to control his newfound powers and avoid the bad guys who are on a deadly hunt to destroy Max and harness his energy.

The PG-13 is for sci-fi action, chase scenes, a gun battle and an ugly, tornado-looking alien, that will mostly entertain older kids to tweens. In an era of superhero blockbusters with huge budgets and big special effects, this is a smaller looking and feeling story, both in plot and budget, with a  positive message about accepting the gifts you’ve been given and doing your best to help others. Parents, if you’ve never heard of “Max Steel”, chances are, your kids probably have and will enjoy this simple but entertaining story.